Another jam-packed weekend of combat sports has just passed us by with plenty of action taking place across North America and Europe with some of the sports biggest names in action.

I’ll get started with the big one UFC Fight Night London. Alexander Gustafsson handed Jimi Manuwa his first ever loss as a professional as he stopped the Londoner via TKO in the second round. Is was a good night for Gustafsson, not only did he get the victory he also receives two ‘of the night’ bonuses but also is the number one contender for the title. 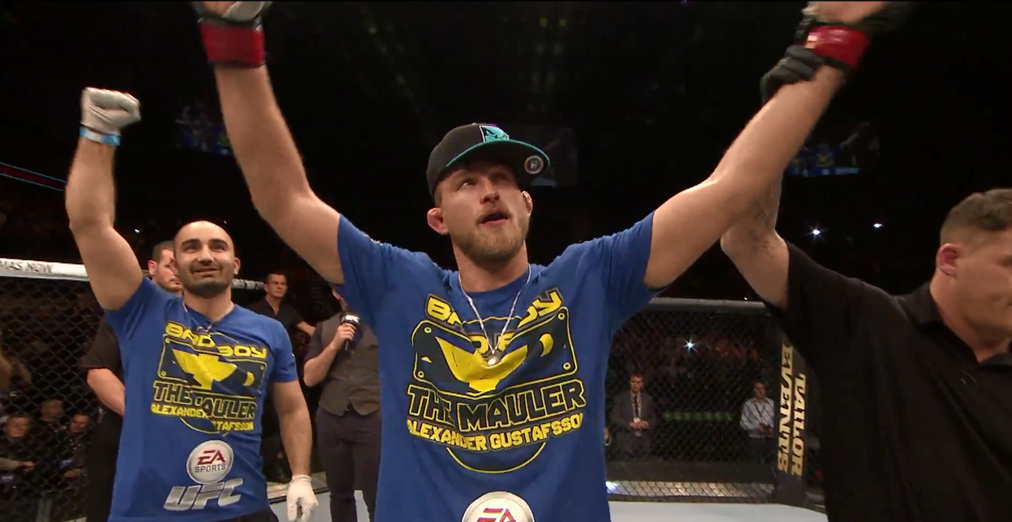 At Bellator 111 on Friday night Eduardo Dantos successfully defended his bantamweight belt thanks to a second round rear-naked choke submission win over Anthony Leone. Former UFC heavyweight Lavar Johnson won for the first time in four bouts with a first round TKO victory over Ryan Martinez. Johnson will now join kickboxer turned MMA fighter Siala Siliga, the tall Russian Alexander Volkov and the undefeated Blagoi Ivanov in the semi-finals of the Bellator 10 season after they all won the respective fights earlier in the evening.

At Glory 14 in Zagreb, Croatia UFC & Pride veteran Mirko Cro Cop was making his Glory debut and met Remy Bonjasky in what was the kickboxing legend’s swan song in combat sports. It was a rematch of their explosive bout 12 years ago in which Cro Cop won by TKO. This time however is was slightly less exciting as Bonjasky took this one via majority decision.

Finally over to, the UFC’s favourite hub for new talent, RFA (Resurrection Fighting Alliance) where Dakota Cochrane defeated UFC veteran Efrain Escudaro in the main event with all three judges giving him the nod. Prospect Andrew Sanchez remained undefeated and got another stoppage victory, his fifth-in-a-row, but this time in the second round, the first time he has ever been forced to go out of the first.