It was finally the end of an era as BJ Penn officially retired following his one-sided loss to Frankie Edgar. Many were quick to jump and say that Penn shouldn’t have been there at all but I think “The Prodigy” summed it up himself when he said that he “needed to know” if he belonged in there or not.

I think the 35-year-old, two-weight champ deserved that and, to me, one last hurrah in the cage does not put any negativity on a remarkable career as it did for Chuck Liddell, who would probably still be fighting right now had he not have the right people in his life (Dana White & John Hackleman).

So in typical #WHOATV fashion to celebrate a wonderful career we give you our Top 5 BJ Penn moments:

In 2008 when BJ Penn returned to lightweight following the loss of his welterweight title he came up against Sean “The Muscle Shark” Sherk in what was arguably the toughest opponent he could have faced at lightweight at the time. The fight was to determine the undisputed lightweight champ.

But Penn fans salivated when he, during the fight build-up, said those iconic words “Sean Sherk, you’re dead!” and put it on a t-shirt. BJ won that fight by TKO right on the bell of the third round.

In 2004 after Penn won his first UFC title the welterweight championship after beating Matt Hughes he then left the promotion citing lack of challenging fights and then signed with K-1. If it was challenging fights he was after he sure found it in an openweight fight with Lyoto Machida.

It wasn’t the most memorable fights and doesn’t go down as a “classic” by all means but with Penn weighing in at 191lbs and Machida weighing 225lbs this fight epitomises what BJ Penn was all about.

BJ Penn earned that nickname before his MMA career started and it was in BJJ where the young Hawaiian excelled. At age 21 he became a Black Belt in just his third year and also became a world champion in 2000.

His success in such a short period and at such a young age earned him the moniker “The Prodigy” and it is widely said that he is one of the fastest BJJ practitioners to genuinely earn the grade of Black Belt.

No. 2 – Licking the blood from his gloves

What can I say that this video can’t….?

No. 1 – Capturing the lightweight title

Although Penn has won both the welterweight and lightweight titles in the UFC it was a long journey to capture the lightweight title. That journey started in 2001 at UFC 35, he had just beaten Caol Uno a couple of months before to become to number one contender but then lost out by majority decision to Jens Pulver for the gold.

Later that year he found himself in a four-man tourney to crown the new lightweight title after Jens had previously vacated it. He fought and beat Matt Serra is the semi-finals at UFC 39 and then he had to once again face Caol Uno but this time it was for the title. The paid fought to a draw at UFC 41.

Penn’s focus on the UFC lightweight title seemed to have went away as he fought in other promotions, entered one of MMA’s greatest triangles with Matt Hughes and GSP which saw him capture the welterweight title. Then in 2008 after beating rival Pulver in his return to lightweight he got a third crack at the lightweight title. Penn faced Joe Stevenson at UFC 80 in Newcastle, England and beat him via second round rear-naked choke to finally capture the title. Months later he became the undisputed champ when he beat Sean Sherk. 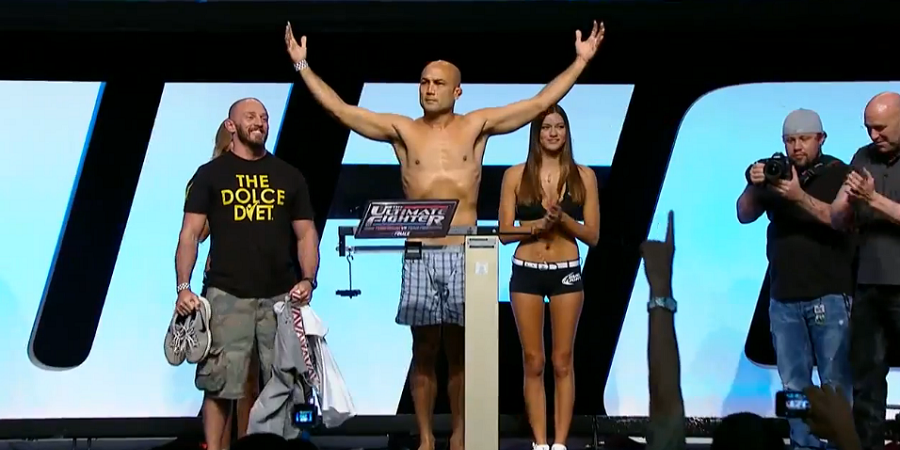