While this event has hardly received any kind of fanfare in the build-up due to the lack of name value on the card as a whole, I am actually looking forward to it. Yes, there is not really a single fight that carries any form of meaningful relevance to its division, but the fights scheduled, particularly on the main card, do have the potential to be pretty fun; and isn’t that what we watch this for in the first place?

Dong Hyun Kim vs. John Hathaway – 170lbs.
With the welterweight division without a champion and as open as it has been in years since former 170lbs kingpin Georges St-Pierre went on hiatus, this fight could well prove to be a golden opportunity for Dong Hyun Kim. Currently riding a three fight win streak with victories over Paulo Thiago, Siyar Bahadurzada and most recently Erick Silva, if Kim can extend this run to four with a successful night’s work against Hathaway, it’s not infeasible to think that Kim is perhaps only one or two more wins away from challenging for the belt.

John Hathaway will obviously be keen to nix that notion before it gets going, and the Brighton-born welterweight will be making a long awaited return to the Octagon when he competes on Saturday. A debilitating bowel disease has kept Hathaway from fighting for the best part of 18 months and has temporarily derailed a once promising career. Before the injury, Hathaway had reeled off consecutive victories over Kris McCray, Pascal Krauss and John Maguire to take his MMA career record to 17-1-0.

This is a fight I would have loved to have seen a little bit further down the line. While this is the kind of fight Hathaway’s form dictates he should be in, the timing is poor. Kim is an absolute stud and if Hathaway is feeling any after effects of the injury or time spent away from the cage, Kim will exploit it. Unfortunately for Hathaway, that’s exactly how I see it. Right fight, wrong time.

The Ultimate Fighter: China Welterweight Final
Sai Wang vs. Lipeng Zhang – 170lbs.
This is where the main card really takes a stumble. Both Wang and Zhang were no.1 picks for their respective coaches on the inaugural season of The Ultimate Fighter: China, with each man triumphing over two rounds of action to make it to the final. Outside of TUF, Wang has a career record of 6-4, while Zhang actually has a losing record of 6-7.

To be perfectly honest, I can’t say that I care too much who wins out of this one as I cannot see either man having any real future in the UFC, but here’s hoping that they are able to put on a show.

Matt Mitrione vs. Shawn Jordan – 265lbs.
Mitrione’s reputation has taken quite a battering since beginning his UFC career with five straight victories. Since that point, Mitrione has lost three out of his last four contests and is without a win since 2011. A former defensive tackle in the NFL, Mitrione’s most recent outing was a submission defeat at the hands of fellow TUF alum, Brendan Schaub.

Just when Shawn Jordan was starting to build up a little bit of steam in the heavyweight division, Gabriel Gonzaga goes ahead and knocks him out. Before that most recent of KO’s, Jordan had begun to find his feet in the heavyweight division with TKO victories over Mike Russow and Pat Barry. Jordan will be looking to get back on track with a win over Mitrione on Saturday.

Both men swing hammer and are capable of knocking the other guy in to next week and like most heavyweights that aren’t competed amongst the elite of the division, this one is likely decided by who lands first. I’m going to plump for Jordan here, as based on previous fights he seems more capable at closing the distance required to drop bombs.

Hatsu Hioki vs. Ivan Menjivar – 145lbs.
Hatsu Hioki is in dire need of a win. Having entered the UFC with high expectations on his shoulders after he captured the Sengoku Featherweight Championship, Hioki has for the most part been a real disappointment. After kicking off his UFC career with two victories, Hioki has now lost three straight and it’s unlikely that Hioki will be around for too much longer with a fourth defeat in a row.

Menjivar might not be in the same boat as Hioki, but he’s definitely mooching about the harbour on current form. Once a solid enough bantamweight who would consistently find himself around the top 15 of the division, Menjivar will be moving up to the 145lbs division when he takes on Hioki after losing his last two and with only one win in his last four.

While Menjivar has regularly found himself on the losing end in recent bouts, his defeats have come against Urijah Faber, Wilson Reis and Mike Easton; so not exactly a set of chumps. That being said, Menjivar will be making a step-up in weight and will be giving up a significant height and reach advantage to Hioki. With Hioki fighting a lot closer to home, I can see the man from Japan recording a reasonably comfortably decision victory. 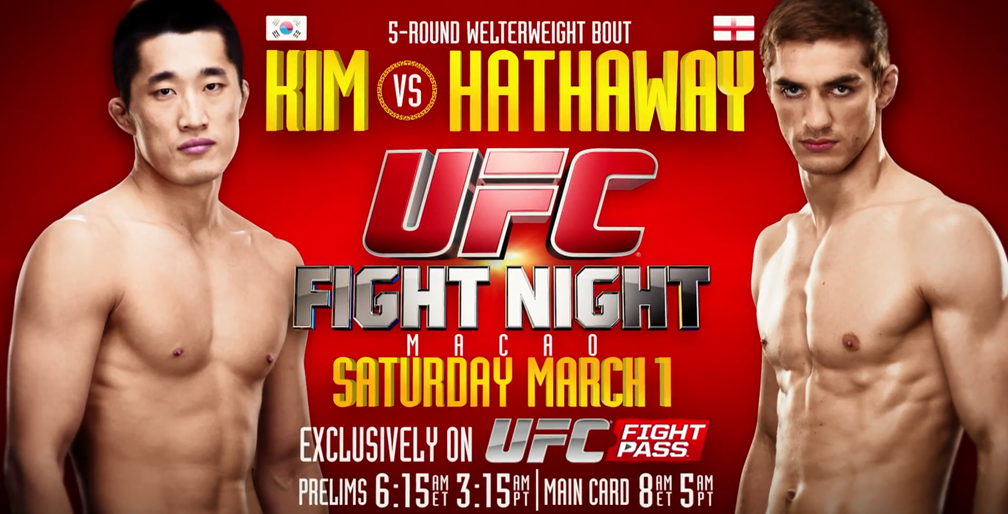