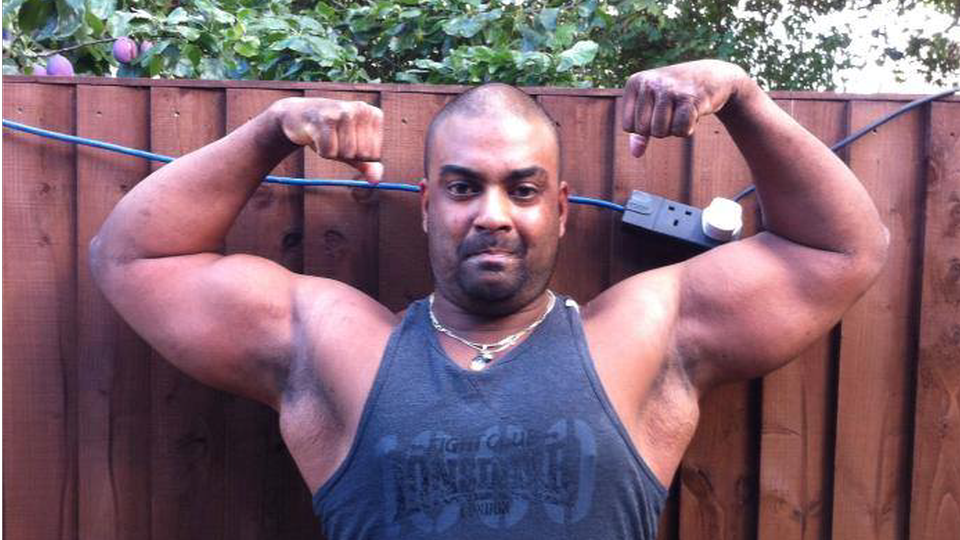 Video blogs are ten a penny now with the technological advancement offered via most quality smart phones. Anyone with a device can upload their streams of consciousness to the many video hosts that will happily accommodate rants, opinion pieces and politically charged broadcasts. Kim Kong Man is someone, who like his US counterpart Bloodstain Lane, has successfully captured a growing audience through his straight no chaser views captured via his smart device. Many of his observations are related to combat and training. He’s a vlogger who is clearly on the rise and worth profiling.

MM: Your videos are fast approaching cult status what inspired you to commit your thoughts to film?

MM: You appear to look after yourself what’s your work out regime?

MM: In your videos you talk about performance enhancing drugs. Have you ever used these and if so what are the dis-benefits of being on them?

KKM: Yeah I have used a few vials of Test and popped a few dbol smarties, dis-benets for me would be sweating like a paedo in Mothercare, lil acne, mild aggression and ball shrinkage, but all in a day’s work for Kim Kong Man!

MM: You always seem to have a beef or bugbear about fitness, fighters and chancers if you could compile a list what would be your top 5 things that make you cross?

KKM: (1) People thinking that they are Chuck Liddell just because they KO someone with a cheap shot! (2) Guys messing around on their mobile phones in gyms when they should be training (3)Women thinking that training heavy with weights will make them look like a man! 4) Guys expecting fast explosive results from training when in reality it takes years (5) The supplement industry conning people out of millions!

MM: What do you think of the old ‘Boxing is greater than MMA’ and what is your opinion?

KKM: Love them both but boxing has more rules and was generally a safer sport than the  “old MMA”
which involved head stomping and vicious elbows esp when the fighter was on the floor! In my opinion the old MMA was more exciting to watch, I mean the less rules the better right?

MM: Which MMA practitioners do you rate and why and what’s your perception of them in general.

KKM: Frank Mir because he came back from a devastating motorcycle accident to win the UFC heavyweight title, must have taken a superhuman effort! I respect anyone regardless of ability who gets in the Octagon to fight like a gladiator utilizing all the MMA skillsets acquired from hours of hardcore training!

MM: Which UK promotions do you usually attend are there any that you particularly rate?

KKM: I usually attend UCMMA at the Troxy I also rate BAMMA.

MM: Where can people see your videos and when can we expect you on Twitter