One of Ireland’s premier amateur cards returns tomorrow night as Rysohin Fighting Championship return with their 8th instalment. As always it will take place from the Roadstone Club in Kingswood just off the Naas Road.

Other fighters to keep an eye out for are Makinde Adeyemi and Dillan Douglas, both fighters coming in from great camps and have a lot of potential. Overall it is typically strong card from the Ryoshin promotion and should provide an excellent night of fights. 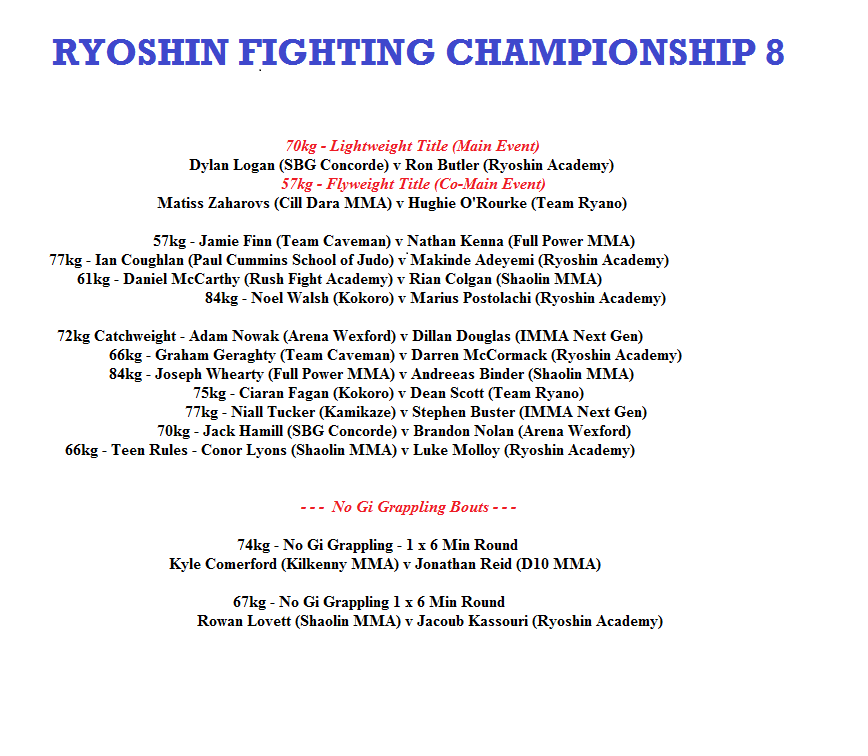