Last weekend at the famous BJJ event Metamoris 3 in Los Angeles Eddie Bravo and Royler Gracie fought 20 minutes to a draw. It was a rematch of their ADCC encounter from 10 years ago where Bravo walked away with the shock win and fans have been clamouring for a rematch ever since.

A rumour went around that Royler’s brother, and UFC legend, Royce Gracie confronted Bravo back stage following the match about comments about the Gracie family and BJJ. MMA Fighting talked to the Brazilian who confirmed the confrontation to them saying; “I told him that I liked what he said after the fight, but didn’t like the fact that he always talked trash about Royler and my family,” Gracie said. “He stood up and started yelling, so I also raised the tone of my voice and told him I didn’t like it. He said he always gave my family credit, but I know it’s not true.” 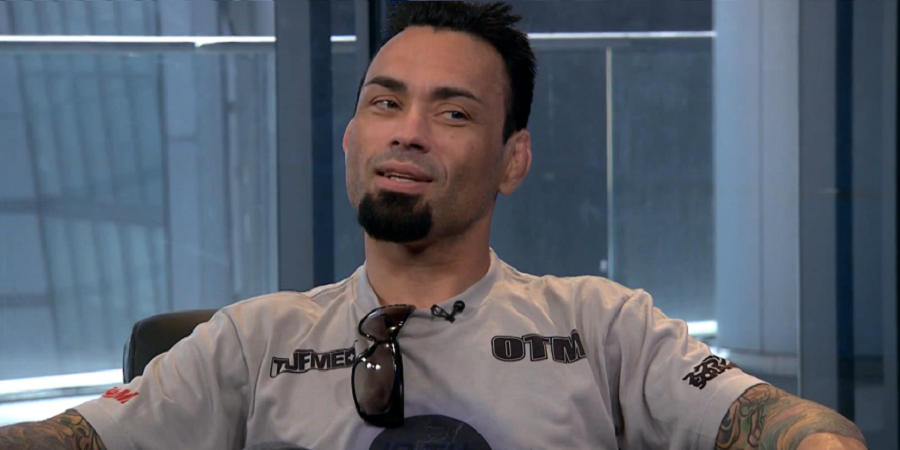 Eddie Bravo then gave his side of the story on The MMA Hour with Ariel Helwani saying; “After it was all done, I felt like I had to throw up. I’m throwing up on the side of a tent… I hear this voice behind me, ‘It’s good that you said these things about my family.’ I’m like who is this? I turn around, wipe throw up off my mouth and it’s Royce Gracie, and he goes, ‘It’s good that you’re saying what you say because you used to talk shit about my family.’ And then I get up and I’m like ‘Dude, I never talked shit on your family, who is telling you these lies?’ And I go in my book, like I told him, I thank you, and I’m pointing, ‘I thank you. I thank Royler. I thank your father,’ and he thought that was disrespectful, because I was like pointing at him, he goes ‘Don’t point your finger at me! Don’t disrespect me!’ And he gets in my face like he wants to fight me, and Jean Jacques Machado, he separates us. Man, Royce Gracie wants to kick my ass? How cool is that!”

Bravo was then quick to dismiss Royce’s suggestion of a full on fight between the two jiu-jitsu greats; “He wants to do an MMA match with me, he doesn’t want to do jiu-jitsu, he only wants to do MMA. I’m like, ‘I don’t even do MMA!”