Pietro “Pitbull” Menga has been confirmed as the latest addition to BAMMA’s upcoming Liverpool show and the unbeaten Flyweight fighter will get to showcase his skills on the main card of the event. Menga will square off against Steve McCombe who is no stranger to the Pitbull following their fight back in December 2012 at UCC promotion. And although Menga picked up a first round submission win in their first outing he will certainly not be cutting any corners in his preparation for this fight. “For me it makes things more interesting. He (McCombe) earned the rematch and I am not one to turn down a challenge. I am looking forward to it. My preparation is always the same, train to learn, better my skills and enjoy it. There is always a threat competing in MMA”

When the two first met Menga was riding a seven fight win streak and coming off of a win over fellow BAMMA fighter Rany Saadeh. For Menga this upcoming fight will be a testament to how much he has progressed since the last fight and a real chance to show the world his ever emerging skills and desire to make a name for himself in the sport. “I know I am a much hungrier, sharper and more focused mixed martial artist than I was two years ago.”

With the fight only a few weeks away the dreaded weight cut is underway but has never been a real issue for Menga who likes to stay in shape all year round. “Im comfortable at around 140lbs and I have been in the gym since my last fight in March. I have kept my fitness and sharpness up and now the date is confirmed the only changes have been the dieting and being more intelligent with recovery.”

Menga’s impeccable 11-0 record is comprised of an 82% finishing rate, split in favour of submissions with only two fights going the full 15 minute distance. And while we have seen a rise over time in the number of fighters looking to do just enough to get a decision win Menga is of the opinion that fighters should be hunting for the finish every time the cage door closes. “I go into every fight with the same attitude which is to try and finish my opponent. I think it’s really easy for guys to get caught up in the “fighting not to lose” mentality and protecting their records. I like to keep my focus and go in and win every time.” And while an 11-0 record to some would boost their confidence Menga pushes it to the back of his mind in his quest to enjoy the sport as much as he can. “Rather than feeling the pressure of remaining unbeaten I am more interested in enjoying my journey in the sport and experiencing as many different things in my career as possible. The less I think about records or statistics and the more I enjoy my training, the better I perform.”

The MMA Academy in Liverpool is the hub of Menga’s evolution as a mixed martial artist and the gym has in recent months experienced some huge success. Mixing it up on a daily basis with the likes of Jason Tan and Mike Wootten will quickly embed a sink or swim mentality and Menga has embraced the high level training and really used it to push him further. “The atmosphere at the MMA Academy is great with absolutely no egos on the mat. That is probably one of the main reasons why we are such a successful team. You are only as good as the guys either side of you in the sport so I like to contribute to helping the other guys get better as much as possible. Then they can push me that little bit more too. There is so many good guys coming through from the gym right now.” 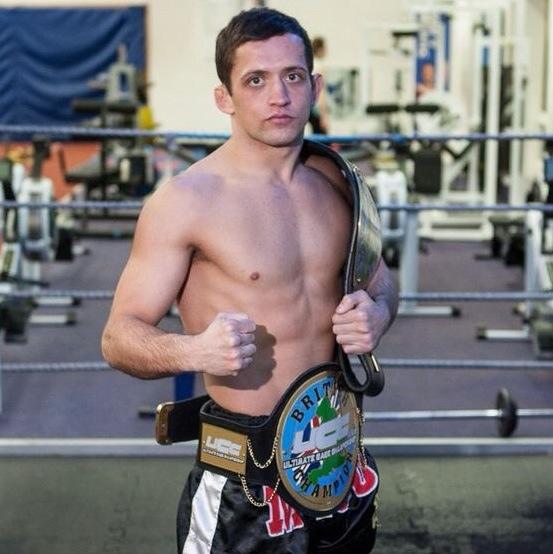 Liverpool is not the only place in which Menga has trained and a while ago he made a commute to California to train with the famous Team Alpha Male in Sacramento. Menga is a keen advocate for fighters mixing up their training and putting themselves outside of their comfort zones in a bid to improve their overall game. “Alpha Male was a very cool experience. I was more interested in enjoying the whole experience and journey more than anything else, along with the California weather. It’s definitely something I would recommend, it was very refreshing to get out of my comfort zone and stay open minded in a new environment. I think it was a major factor in making some big improvements while I was training out there.”

Aswell as the major difference in climate between Liverpool and Sacramento, mixing it up with MMA royalty is also an added bonus and a key development tool to any aspiring fighters. “I picked up some great skills training with Duane Ludwig, he is one of the best coaches in the world. Urijah Faber also helped me a lot. He is one of the nicest guys in the sport, I got some great sparring in with him and many of the best lighter weight fighters in the world.”

BAMMA have signalled their intent to keep Menga as part of their ever growing Flyweight division by signing the Manchester native to a multi fight deal. And Menga was sold to the idea of signing with BAMMA following his attendance at one of their shows last year. “I really like what they do. I have wanted a piece of action since attending my first BAMMA show last year. I got to see just how professional it all went down.” And it’s just an added bonus that Menga will make his promotional debut in Liverpool which is pretty much his second home and where he trains for all his fights. “I always love fighting in Liverpool. The atmosphere is always amazing and it will be a great night on August 2nd. The Meng Army is ready, you can be sure of that.”

The BAMMA stage will not only showcase Menga’s skills but also help him in pursuing his own dreams. He has previously mentioned that he is “only in MMA to be the best in the world” and feels that his new partnership with BAMMA will move him one step closer to achieving that. “I believe that I am one of the best Flyweights in the world. I will bring a tenacity and smoothness to the BAMMA cage that they have not seen before.”

Pietro would like to thank “My coaches at The MMA Academy. Ric Barnhill my striking coach. My sponsors 1010 Taxis, Vyomax, Sandee, Progress JJ, Swinton Leisure and Funky Gums.”