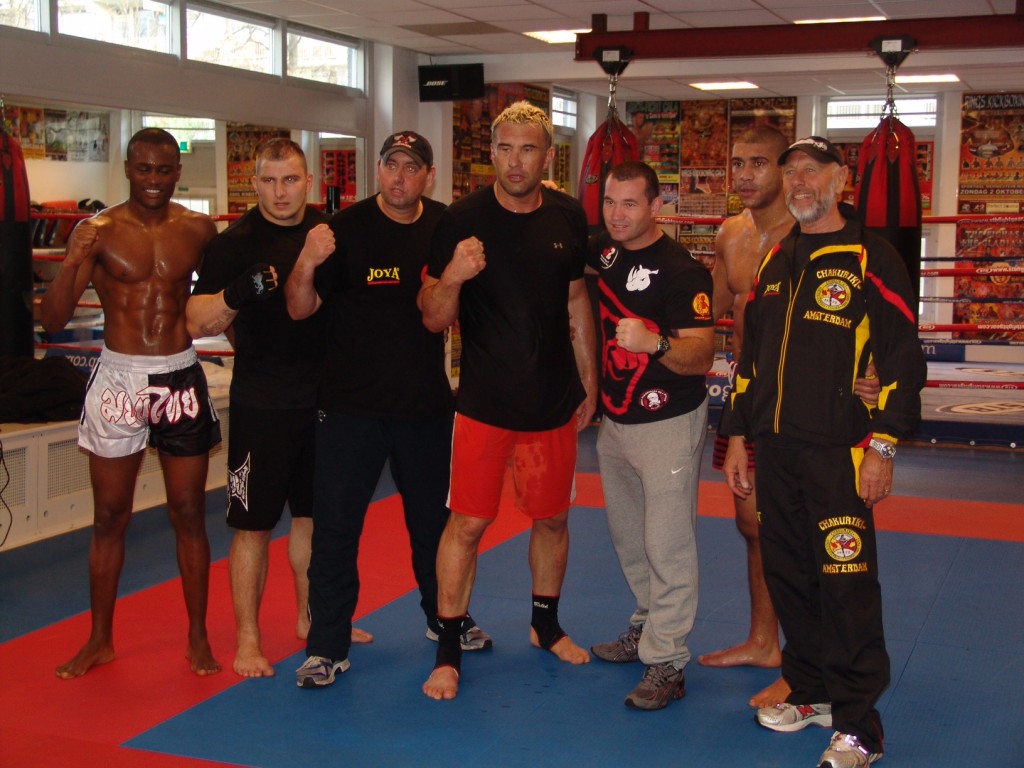 To those of you familiar with the world of kickboxing two names are familiar, Thom Harinck and Chakuriki, the gym and the style founded by him.  Something that began in 1972, has led to an opportunity for him to train some of the best fighters known in the kickboxing world today.

Aerts, Hari, LeBanner, Gerges and Cikatic are just a few of his most well known pupils.  If you asked his students, they would probably say that he is a strict disciplinarian and a tough trainer, his family would most likely describe him as loving and his friends would probably say he’s funny, honest and very charismatic.  I had the good fortune to speak with Thom about his life, career and kickboxing, I’d say he’s all of the above.

Born in 1943 in The Hague, Netherlands, Thom began his combat sports career studying disciplines such as Kyokushin karate, boxing and judo.  A fusion of these styles as well as others became the foundation for Chakuriki.  In his interview, Thom tells of the success of the fighters from Chakuriki until one fateful night in Bangkok when his fighters were invited to meet under traditional Muay Thai rules.  His team was soundly beaten.  Thom took these losses as an opportunity to learn and began training with the Thais and soon began to incorporate Muay Thai techniques into his training regimen.  Many years later his effort has been evident in successes of the fighters who have trained with him.

SW: Your gift for finding young and promising athletes is well documented. What attracts you attention most about a fighter?

TH:  A fighting heart, to not be afraid to take a punch.  You can teach the skills to a boy like that, but someone who is a good technical fighter but who is also afraid to be hit will never be a champion. 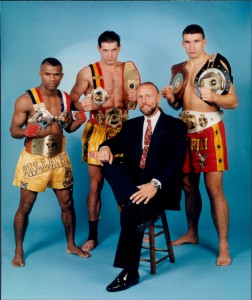 SW:  For a time K-1 was the dominant organization in kickboxing.  After several years of trouble fighters are beginning to find their homes in GLORY, Lion Fights, Legends do you have an opinion about these newer organizations?

TH:  K-1 started around 1993 and by 1998 K-1 was very big in Japan and it attracted the best fighters.  They were very successful and were making a lot of money and maybe didn’t manage it wisely.  There were also changes in the people managing the organization.

SW:  So what about the newer organizations?

TH: With the sport, it’s in cycles being popular and then less popular after 10-11 years again but it’s good right now and lots of chances for fighters all over the world, in Brazil, Europe and the United States.

SW:  Do you have an opinion in the debate as to whether MMA is more difficult as a sport than kickboxing?

TH:  Both are very good and take a lot of work.  One difference is that in kickboxing they don’t stop the fight.  You can’t be on the ground for a while in kickboxing.  With the MMA the fighters might be more well-rounded with different styles of fighting but I think kickboxing is harder just because you have to get knocked out or score in other ways than MMA without stopping the fight.

SW:  Who are some of your favorite fighters today?

TH:  No favorite.  I see many good fighters from all over the world. I think there is about twenty top fighters right now.

SW:  Any comment on Badr Hari and his current legal issues as well as his movement from higher level competition?

TH: At this time I don’t think he’s being very clever.  He trained with me for eight years, I think if he had continued he could have won K-1 at least twice.  You have to fight smart and it’s not always to go for the big knock out every time.  That’s a different style.

SW: On being a trainer…

TH:  To be a trainer is not always easy.  All my fighters know I am very tough and want a lot.  You can’t work with a guy that tells you when they want to train and when they’re not.  It’s work six days a week, if I say 100 push ups it’s 100 not what you want to do.  There’s also more, you’re a coach, sometimes like a father, or like a friend.  My fighters always can talk to me about anything.

SW:  Of your many accomplishments, of what are you most proud?

TH:  I think having many guys training in my gym and being able to help them. Helping them to learn discipline and learn how to work.  As you know some of the guys I’ve worked with had trouble in their life, doing crime, stealing, dealing, but many of them now have decent jobs and have a better life. 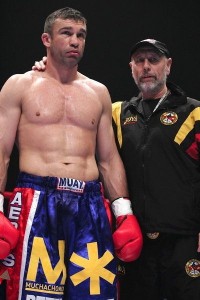 SW:  In 1972 when you founded your own style and gym, did you ever imagine it would have the impact on the sport that it did?

TH: No I didn’t expect all of this.

SW:  To fans your retirement came as a shock.  Can you comment on the factors that influenced your decision to retire?

TH: Yes, well after over forty years it was time.  I can think of going to Japan and with K-1 we would stay in the hotel for five days and you at first think this is nice and you go out with the guys and see different things but after 40-50 times you’ve pretty much seen everything.  I also would be thinking of my family, my wife, how is my daughter, what my son is doing.  It’s difficult traveling so much.

TH:  I am seventy this year but I really feel like I’m forty-five. I am in good health. I train and am with my family.

It was an extremely enjoyable experience to talk to Thom Harinck.  There is no other way to describe him except to say that he is very intelligent and has a great love for the sport to which he gave so much over the years.  As a trainer his influence and knowledge will be sorely missed by fighters new and old but, his impact in the world of combat sports is long lasting and will remain. The Chakuriki spirit is and remains alive and well.