It hasn’t been the most ideal couple of years for Merv Mulholland (10-6). The 25-year-old has only competed twice since 2012 and has lost both outings. He takes on Chris McDonald (10-5) in the main event of Clan Wars 22 this weekend in a rematch of their 2011 fight.

I had the chance to ask Merv a few questions ahead of his comeback fight:

Alan Murphy: You’ve competed just twice since 2012. How come you have been so inactive?
Merv Mulholland: A few small setbacks and other injuries I’ve picked up have lead to me being inactive.

AM: How does it feel to be finally getting back in there and competing on Clan Wars again and your thoughts about fighting in Belfast as it has been a while since you competed there.
MM: It feels great to be back fighting on home turf. I’ve a lot of support here at home and it is great to be back on Clan Wars, the guys running it are extremely professional.

AM: You are facing Chris McDonald in a rematch. Does the result of the first fight give you confidence?
MM: I am always confident going into any fight no matter which opponent is put in front on me. But that aside, I don’t underestimate Chris because of the last result, after all this is MMA. But yes I am feeling good for the fight.

AM: How much have you changed since the last fight in your opinion?
MM: I’ve changed massively, my techniques have all sharpened and I’m fitter and stronger than ever.

AM: Chris says this will be his retirement fight. How does this play on your mind knowing that you will be the last opponent of a retiring fighter?
MM: It doesn’t play on my mind at all. For me it is just another fight. I know Chris will have put in the work for his last outing.

AM: Chris said that he believes you won’t stand and trade with him and that his wrestling will dictate the fight. What is your response to that?
MM: I’ll stand and trade with anyone. I train my stand up as hard as I train my ground. I’ve seen a lot of his fights and I know his habits. I know he will have worked on them but as soon as I put pressure on him he’ll revert back to his old habits. I’ve worked hard for this fight and if Chris is underestimating my ability to trade with him he’s in for a surprise.

AM: It has been a rough couple of years for you with inactivity and results not going your way etc. What are you hoping to achieve in your MMA career from here, what are your goals?
MM: Every sport has ups and downs. If it was always plain sailing then everybody would be the best. Most champions fail more times than others will ever try. My goal is to finish this fight and hopefully get another one in pretty soon. It’s time to make up for my inactivity and showcase what I have learnt in my absence. 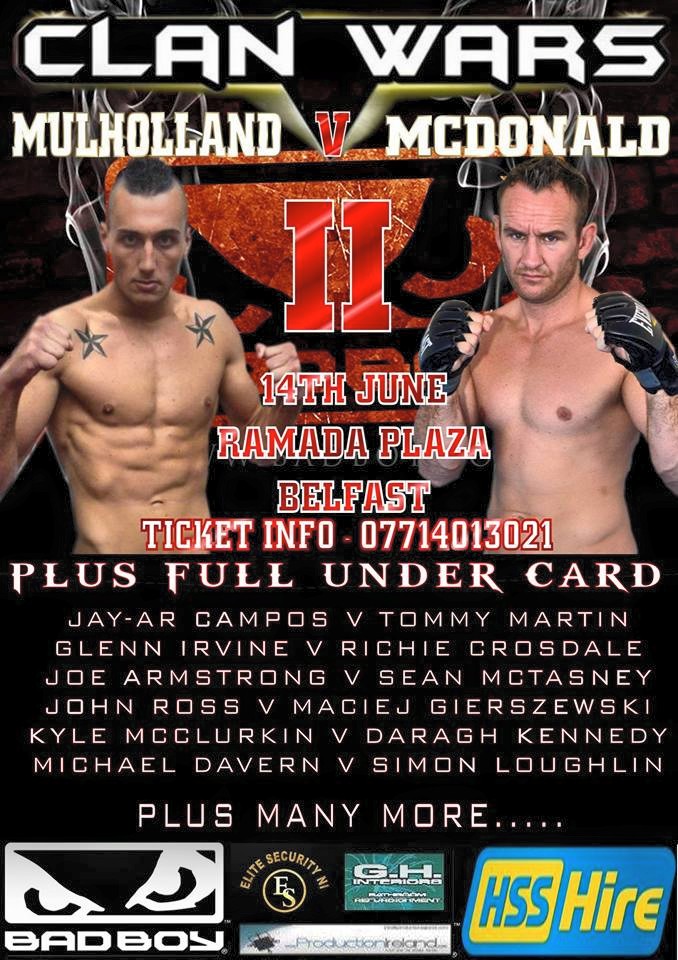