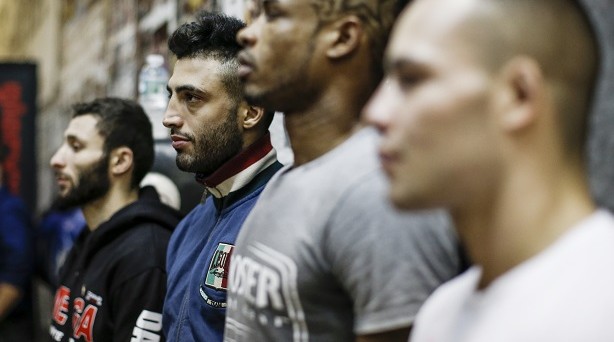 In a night of incredibly skilled violence GLORY 12 delivered the anticipated shock and awe, but in shed loads. From start to finish the promotion let loose a slew of incredible fights on every level…apart from the relatively minor hiccup coming by way of the unforeseen technical issues which meant the broadcast had sound issues at the start.

A night of upsets is an understated cliche when we take a look back at the highlights and  results from the GLORY 12 spectacle.   The favourite, Giorgio Petrosyan, was spectacularly knocked out by the underdog Andy Ristie.

Relative newcomer to the world of kickboxing Wayne Barrett defeated Joe Schilling in one of the most spectacular displays of knock downs, heart and determination seen in the ring this year.

Robin van Roosmalen suffered a similar fate of Giorgio Petrosyan at the hands of the eventual tournament winner Ristie who took home the tournament grand prize of $150,000.