With War Machine on the run and the story gaining a lot of publicity in steps Duane Chapman aka Dog The Bounty Hunter. He asks the MMA fighter to turn himself in within 24 hours or else he will track him down. Well that 24 hour window expired and War Machine did not turn himself in. Apparently Dog is now tracking him down and wants to fight War Machine one on one after the TV star tweeted the following: 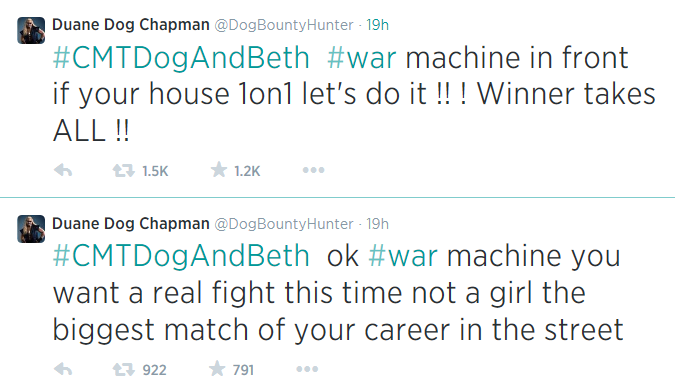 So how do the pair match-up? Well I take a look:

Alan’s Angle: The very first tweet Dog made about War Machine turning himself in I could stomach. It shined some light on what he did and brought some media attention to the situation which in turn might help spread awareness about domestic abuse etc. But his continuation of tweets and updates is almost sickening and an obvious PR stunt taking advantage of an awful situation.