Apparently it all stemmed from an Instagram post by War Machine where he “joked” about getting a tattoo in memory of his and Mack’s recently aborted child; 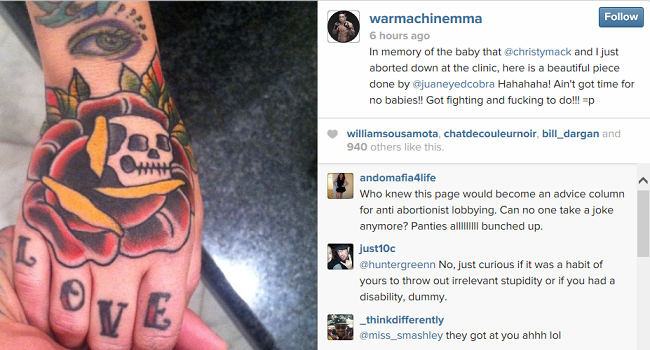 UPDATE: apparently it was all a joke conjured up by the two. War Machine just tweeted saying so but nothing yet on Mack’s twitter to confirm it. If it was a joke it had us all going, bravo War Machine.