Boxing, one of the biggest sports of the past 100 years. With fighters like James Braddock, Rocky Marciano, Muhammed Ali, Mike Tyson and, Floyd Mayweather being amongst the stars in their respective generations it is no surprise how deep the love for boxing is.

However, in recent years the interest in the sport has somewhat waded. There are a number of reasons for this, some may say the lack of genuine stars in boxing and the increasing popularity in Mixed Martial Arts over the past 20 years are contributing factors.

Various attempts at keeping boxing fresh and/or exciting have been made around the world. In England the Prizefighter series, a one night tournament pitting eight boxers against one another, has been a small success but doesn’t resonate with global boxing. In Germany and Vegas attempts of entertaining with over elaborate entrances such as lighting displays and famous singers performing their songs alongside the fighters during the walkouts. Even Dana White tried to recreate the success of his TUF reality TV show with a similar boxing version.

Well now in the States a new form of boxing has recently been started – Big Knockout Boxing of BKB. It is boxing that takes place in a pit over seven two-minute rounds. The pit is 17 feet in diameter, much smaller than a boxing ring, and is described as “a small, circular altar of action that encourages big hits and knockouts galore.”

Here is the trailer which explains the concept of this new take on boxing:

Alan’s Angle: I am holding all judgement of this until I hear or see more about this. I am a casual boxing fan and I would like to see more of the sport but it would have to interest me. BKB could be a flash in the pan or it could be the start of something big, who knows. It seems the promoters are taking direct influence from both MMA and Chuck Norris’ World Combat League, which took place in a similar setup. Below is an event review by The Fight Network: 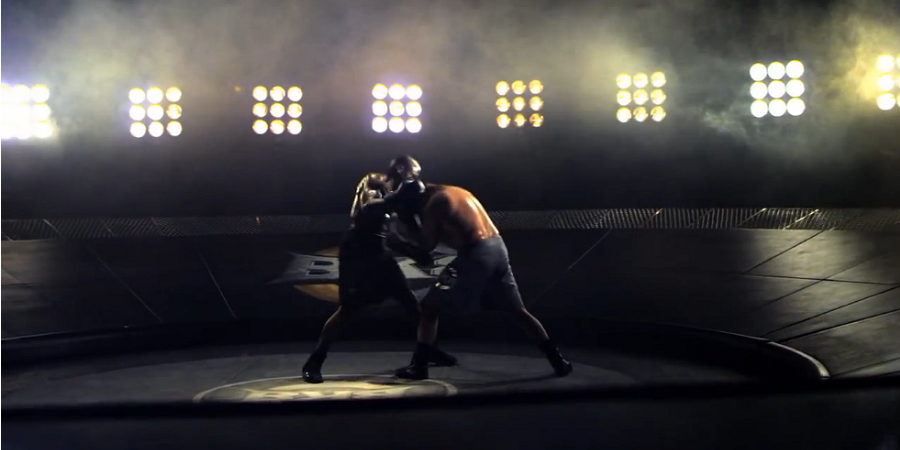