Last night Jose Aldo took to social media to let everyone, including his UFC 194 opponent Conor McGregor, that he passed a random drug test from USADA. He then also used this opportunity to taunt the Irishman and implored him to pass a test himself, if they do it in Ireland at all and then calling him a punk.

“Hey, Irish sucker! Have you already done your drug test or they don’t have it in Ireland ? I DID IT TODAY! I wanna do it again next week! How about you ? Are you ready for it, you punk ?!?” said Aldo via Instagram. 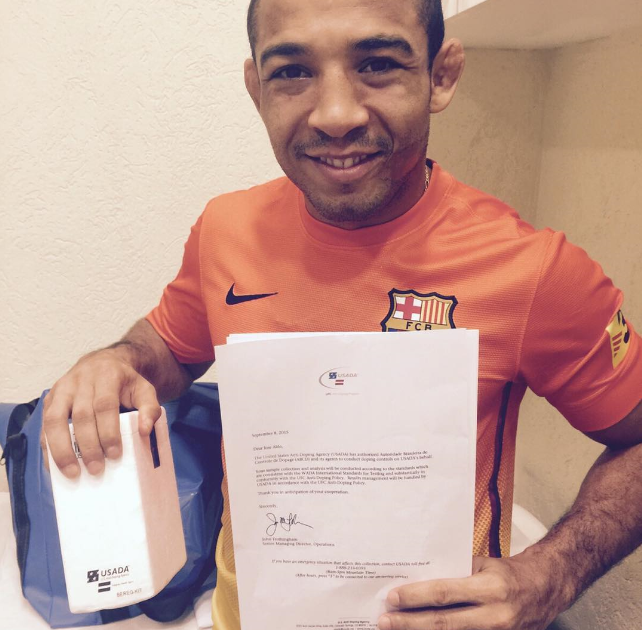 Alan’s Angle: Aldo received a lot of criticism for pulling out of the fight back at UFC 191. Many noticed a consistent pattern from the champ pulling out of fights in America and some conspiracy theorists were saying that this is because he was using PED’s. Whether he was or not we don’t exactly know. What we do know now is that he passed a test now, which is great. And bravo to him for using this opportunity to taunt McGregor, it all adds to the spice of the fight happening in Vegas this December.