Stockholm, Sweden has played an integral part in creating stars for the UFC, or at least helping along their careers. Four events have been held in the Scandinavian country and from those four events three stars were born.

April 2012 was the promotions debut show in Sweden and although Gustafsson was becoming a big name in the sport thanks to wins four wins on the trot against the divisions toughest ‘middle men’ ie fighters like Vladimir Matyushenko, Cyrille Diabate and Matt Hamill. ‘The Mauler’ was already well established in the UFC at this stage but this event was more of a coming out party for the then 25-year-old. It was this event that clarified to the UFC how much of a star he can be. He beat Thiago Silva in the main event and of course this was the catalyst in Gustafsson’s rise towards the title and what would become one of the greatest title fights in UFC history.

Fast forward almost a year to the day later and arguably the biggest star of the UFC at present made his debut: ‘The Notorious’ Conor McGregor! Fresh off the lines from the social welfare the young Dubliner made his emphatic debut with a first round TKO win over Marcus Brimage and captivated fans and media alike with his now famous “60g’s baby!” post-fight speech and his Irish humour at the post-fight press conference.

Now just slightly less than two years after McGregor made his debut a similar yet different fighter has emerged as a potential star for the promotion. His name is Makwan Amirkhani aka ‘Mr. Finland’, a 26-year-old fighter with a record of 11-2 who hails from, that’s right, you guessed it, Finland.

Amirkhani spent a total of 8 seconds inside the Octagon on Saturday night and in that time he managed to land a flying knee, an uppercut and a barrage of punches. Like McGregor, his UFC debut performance was outstanding and the same goes for his post-fight speech and subsequent interviews. He captured the attention of fans and media with his personality, revelations of his current financial situation and his desire to buy his mother a nice big bed so she has somewhere other than the floor to sleep.

He has become an overnight sensation with many media videos with the featherweight racking up serious views on YouTube prompting Ariel Helwani to invite him on The MMA Hour.

I look forward to seeing more of this entertaining fighter and more of his personality. Hopefully in his next fight he gets to showcase more skills but I won’t complain if he keeps knocking them all down in similar fashion and eventually hear him say that he is buying his mother a house. 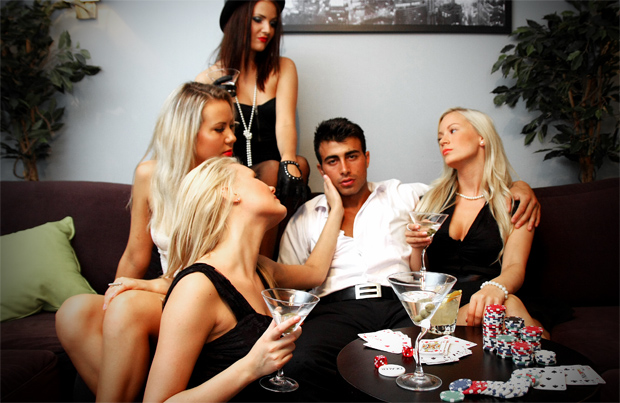