The UFC were looking at returning to London on February 28th, a date set long in advance. However, the promotion are hosting the massive UFC 184 event in LA on the same date with Weidman vs. Belfort and Rousey vs. Zingano title fights.

The result of this has knocked the proposed London show until later in 2015. When? We don’t know. UFC chief global brand officer Garry Cook spoke about it on The MMA Hour with Ariel Hewlani.

“We’re going to move ourselves to another London date further down in the year,” Cook said. “So we had to make some changes, and as we always say with our business, it is subject to change, that’s just making sure the fans are taken care of, we don’t want to overdo it and make sure we get focused on that L.A. event at UFC 184 in Los Angeles.

“It’s very important for Alexander Gustafsson, we wanted to place that one into that market, and we also have the LA show with Ronda on that card and with Belfort and Weidman on that card, and so to make some adjustments, we’re going to take ourselves out of that London date, and we’re going to move ourselves to another London date further down in the year.”

Gustafsson main events UFC Sweden in January against Anthony Johnson and that card features a co-main of Dan Henderson vs. Gegard Moussasi. It will be in a 30,000 seater arena in Stockholm and will also be the first show of the year to air on FOX, but this means the card will kick off at around 11pm local time to suite the time difference in America.

Alan’s Angle: Can’t say I am surprised by this. The UFC regularly do Fight Night events in different countries on the same night but doing a numbered event and a show in London would really stretch them. It would affect both cards if they were to happen on the same date. 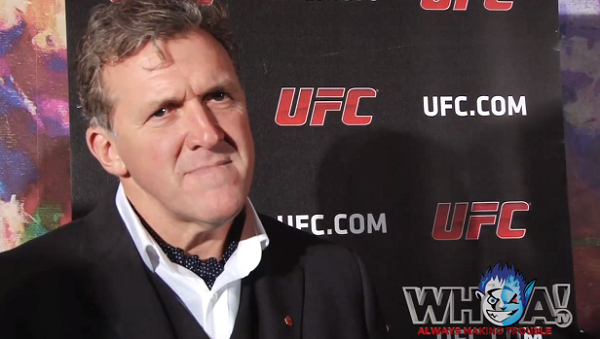