The fight banner is no more, no more ‘Dude Wipes’ or ‘Dynamic Fastener’, a fighter will never have the price tag still on his shorts, and certainly no speedos will slip through the system. It is truly the end of an era in the UFC as the company aims to head to a more professional standing.

Yesterday the UFC’s Reebok revealing took place in New York and rostered fighters from all over the world wore the new UFC uniform for the very first time. The aftermath of the revealing proved to be more entertaining than the event itself as fighters and fans alike pointed out the mistakes on the ‘Kits’ on the store. Here are the best of that list:

Giblert Melendez- Obviously meant to be ‘Gilbert’, this one has probably received the most reaction and has even resulted in a twitter page where Giblert describes himself a ‘Le Nino’.

Thomas Lawler- After spending years becoming building himself as ‘The Filthy Mauler’ Tom Lawler Reebok as swept that under the table and he is now known as ‘Thomas Lawler’ and he is not happy. He also thinks you are an idiot if you actually fork out for a t-shirt with his name on it.

Better check the roster- Josh Koscheck pleasantly pointed out that he is no longer on the UFC roster and his displeasure at the uniform idea.

Can’t tame the Cowboy- Not so much a fail as a win for the beer guzzling, bull riding, water skiing, thrill seeking Donald Cerrone, he does what he wants. And some uniform is not gonna stop him.

Getting Punk’d- CM Punk is arguably one of the UFC’s biggest assets, even despite not fighting yet. The former WWE star’s real name is Phillip Brooks. Simple enough, right? Well the Reebok even got that wrong. 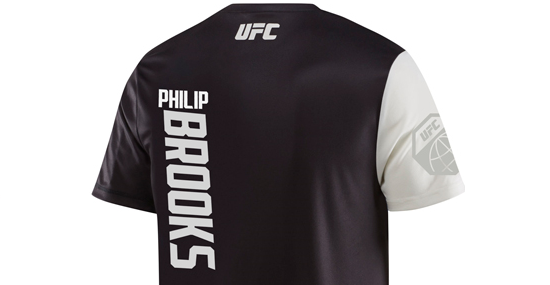 The Good Son- One twin is a UFC Hall of Famer, a former champ with wins over Royce and Renzo Gracie, GSP, BJ Penn and many more. The other twin fought once in the UFC. If you haven’t guess them yet they are Matt and Mark Hughes and the Reebok deemed Mark the worthy one to have his own kit while Matt will be out in the cold with only his championship belts to keep him company (note that this is probably a coincidental mistake in name). 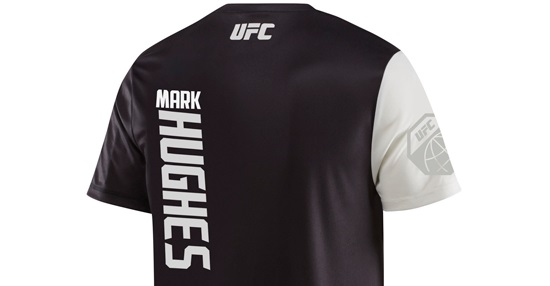 You not my moms, yo!- Bec Rawlings only allows her mam to call her Rebecca. Watch out Reebok, this one is ‘Rowdy’.

Which is which?- Names can be confusing, I get it, especially the Brazilians. Is it Jacare ‘Ronaldo’ Souza or Ronaldo ‘Jacare’ Souza? I’d get confused too. This is one of many mistakes for Brazilian fighters. 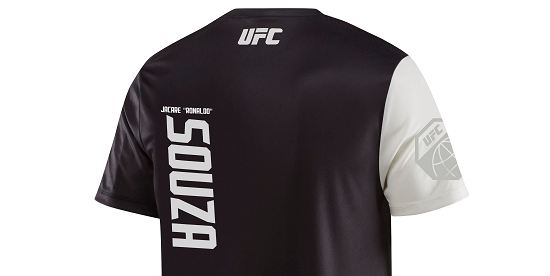 Chinese Riddle- This is probably the worst of the lot. EVERY Chinese fighters’ name is the wrong way round.