UFC’s Beyond the Octagon magazine show have announced five fights for the UFC’s return to Dublin, Ireland on July 19th.

The co-main event will feature Gunnar Nelson taking on Ryan LaFlare. Nelson has strong ties with Ireland and regularly trains in SBG Ireland with John Kavanagh. After his last fight, an impressive first round win over Omari Akhmedov, he asked to be on the card in Dublin due to his Irish relationships; ask and you receive.

A potential top contender bout between Brad Pickett and Ian McCall was announced also. Pickett and McCall were originally scheduled to fight at UFC Fight Night 37 in London. However, due to an injury McCall had to pull out and Neil Seery stepped in on short notice. The two flyweights will finally battle in Dublin.

Speaking of Neil Seery, the Irishman has been slotted onto the card against the always-tough British flyweight Phil Harris. Seery is coming off a loss to Brad Pickett, but it was a performance where he impressed against a top-ranked fighter in Brad Pickett. Tables will be turned this time out with the fans firmly behind the Dubliner.

The card will also include “Filthy” Tom Lawlor taking on Ilir Latifi, and Cody Donovan locking horns with Nikita Krylov. 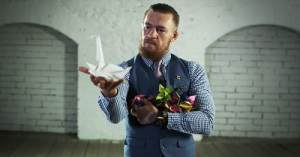 The main event wasn’t announced, but it is expected that it will be Conor McGregor taking on Cole Miller.