It seems to be a big week for The Ultimate Fighter. Just days after the announcement that season 20 of the reality show will crown the fight women’s strawweight champion, along with creating a whole new division, one of the first promo’s for the season (see below) was released last night by Fox Sports.

The promo revealed the full cast that made it into the TUF house and which teams they are on.

TUF 19 will be coached by rivals Frankie Edgar and BJ Penn who renew their rivalry more than three years after their back-to-back fights in 2010, both of which ended in unanimous decision wins for Edgar.

The first episode, in which fighters fight to get into the house, is slated to air in April and with the cast below along with legends such as Mark Coleman, John Hackleman, Renzo Gracie, Ray Sefo and many more set to appear as coaches this season has the potential to be one of the best in a long time.

Here is the full cast listing; 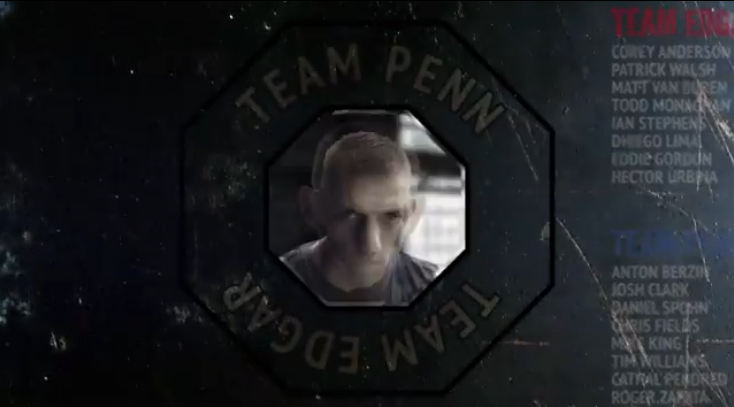