Irish welterweight Tommy Quinn (6-1) faces Wales’ Lewis Long (9-3) for a European title at ‘Made 4 The Cage 17’ next month. It is a clash between two of Europe’s rising and most promising fighters.

If that wasn’t good enough, Quinn has once again issued the challenge of ‘The Quinn Agreement’ to his opponent.

In-short this stipulation means that should the fight reach the end of round three that they receive a 30 second clapper (instead of the standard 10 second) then, despite whatever position they are in, both fighters will stand in the centre of the cage and collar tie and proceed in a Don Frye/Takayama (see below) style battle for the remainder of the fight.

Here is the official proposal from Tommy Quinn himself: 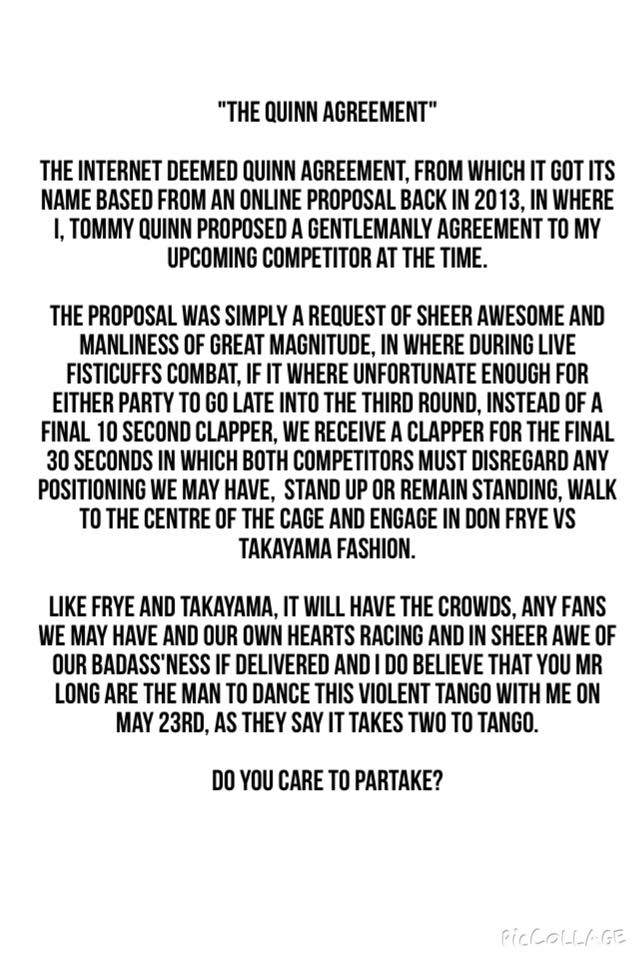 The challenge was issued once before but was not accepted due to “coaches advice” and Quinn has vowed in the past to issue the challenge to everybody he fights until one accepts.