The UFC’s  European invasion continues when it makes its first visit to Berlin, Germany on Saturday, May 31, 2014 with a clash of middleweights looking to get back into the title mix  No. 7 ranked contender Mark “The Filipino Wrecking Machine” Munoz (13-4, fighting out of Lake Forest, Calif.) takes on the former Strikeforce® light heavyweight king and No. 12 Gegard “The Dreamcatcher” Mousasi (34-4, fighting out of Leiden, Netherlands) with the winner trying to storm the top 5 and prove their championship mettle.

Then, in the night’s co-main event, ninth-ranked middleweight Francis “Limitless” Carmont (22-8, fighting out of Montreal, Canada) looks to continue his torrid run that has seen him go 6-1 inside the Octagon® to face former Ultimate Fighter Season 7 runner-up CB Dollaway (14-5, fighting out of Tempe, Ariz.), who is coming off a phenomenal 1st round TKO of Cezar Ferreira in Brazil.

So will you be making the trip to Berlin to take in this card. Perhaps the rest of the card may entice you. Let us know using the comments field on our Facebook Page

Five round middleweight bout – Mark Munoz (No.7) vs. Gegard Mousasi (No.12)

All bouts are live and subject to change. For more information visit ufc.com 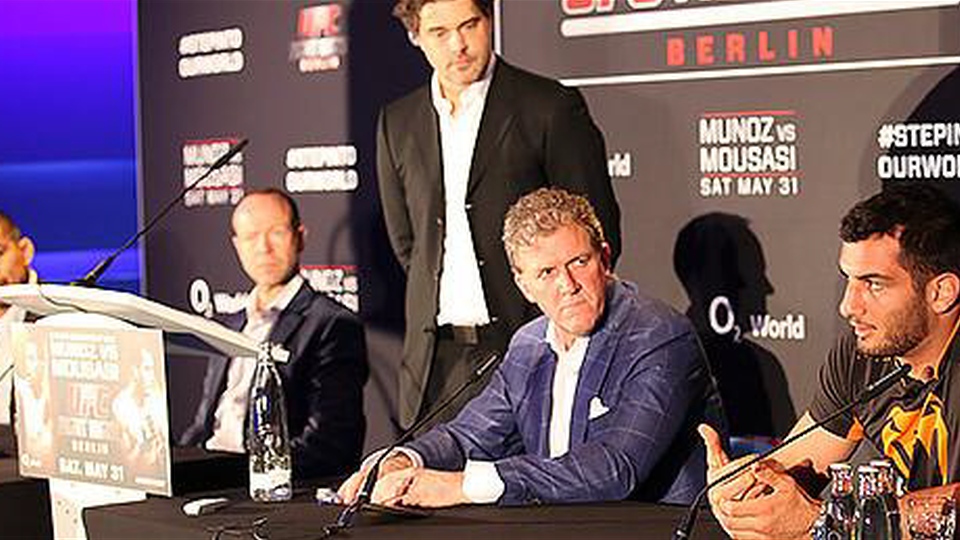