Popular on the BJJ scene, Vinny Magalhaes (10-5-0-1) has enjoyed success in MMA winning the M-1 Light-Heavyweight title. The 29-year-old was also runner-up TUF 8 and subsequently endured an unfortunate 1-4 stint in the UFC over two different spells with the promotion. His latest stint with the UFC saw an impressive armbar victory over Igor Pokrajac before suffering two defeats to Phil Davis and Anthony Perosh. The Brazilian will be looking to get back to winning ways in Titan FC and has signed a five-fight contract.

MMA veteran Jeff Curran (34-16-1) is coming out of retirement and will now add Titan FC to the long list of promotions on his fighting resumé which includes the UFC, Strikeforce, Pride, WEC and Bellator. The 36-year-old made his MMA debut in 1998 and has since fought all over the world against some of the best around including Urijah Faber, Mike Brown, Matt Serra, Raphael Assuncao and more. He will made his promotional debut at Titan FC 28 against fellow UFC veteran Iliarde Santos at flyweight on April 19th. 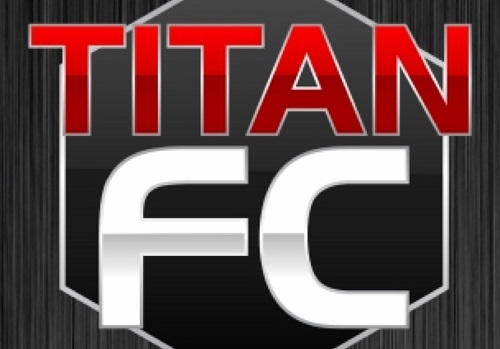 Controversial heavyweight Dave “Pee-Wee” Herman (21-6) has also signed an multi-fight deal with Titan FC. Herman fought five times in the UFC posting a 1-4 record. The heavy-hitter has 15 KO’s to his name including KO’s over Don Frye and John-Olav Einemo in his UFC debut. The 6ft 5in 29-year-old lost his past four fights in the UFC which lead to his release and he will be looking to get back to the form that saw him become one of the brightest prospects in the sports when he started out 15-0. It is said he will join Curran on the April 19th event.

Another high-level grappler and former UFC fighter George Sotiropoulos (14-6) is now a member of the Titan FC roster after recently signing with the promotion on a four-fight deal and is set to make his debut on April 19th. The Aussie is most famous for going on a 7-0 tear in the UFC upon entering the promotion after being a cast member on TUF 6. He then went on a four-fight skid which ultimately lead to his release from the promotion.