It may only be just over a month until we get to see these two Lightweight fighters compete inside the Octagon, but it seems we will have some pre fight trash talking to keep us entertained until #UFCLondon.

Lightweights Norman Parke and Rustam Khabilov have engaged in a twitter war in the last few days, with Khabilov claiming he will “fuck up” Parke when they meet.

Parke is known for his pre fight talking to rile up his opponents and his last fight with Reza Madadi was a prime example of him getting inside his opponents head before the fight.

Its a first to see Khabilov react in this way and so it seems that if Parke’s plan is to throw him off with trash talk then you cant help but think that Parke’s plan is working. 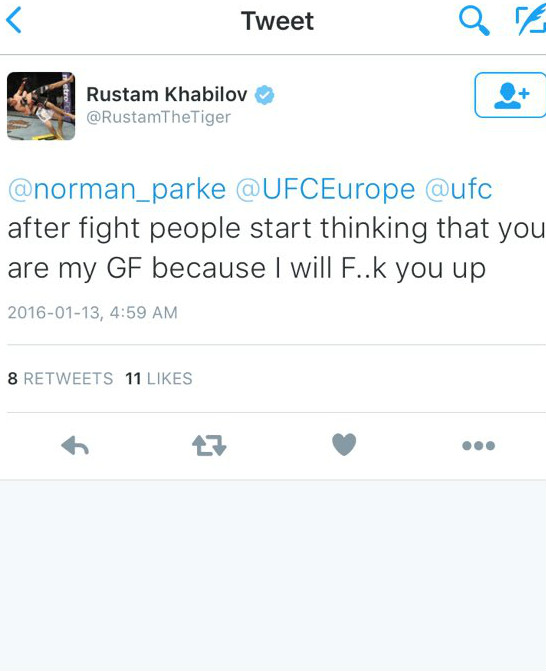