Linton “The Swarm” Vassell may be relatively unknown to the casual MMA fan but only one more victory stands in his way to becoming the first British Mixed Martial Artist to win a World Title for one of the major American promotions. Vassell will headline Bellator 130 against current Light Heavyweight Champion Emanuel Newton, a fight which for the Brit can’t come soon enough. “I can’t wait for this fight. It’s not quite sunk in yet though. I don’t think it will until after the weigh-ins and the staredown. Probably not until I see the belt there, that’s when it will sink in. I honestly can’t wait for 24th October.”

Vassell has made a huge impact on the Light Heavyweight division since joining the promotion in late 2013 and has picked up three wins on the bounce, his last two coming by rear naked choke. But even for Vassell the title shot came as a surprise, albeit one he is willing to embrace with open arms. “I assumed I would have to have a few more fights before getting a shot but I see it like a tournament that I have fought. In the tournament format guys fight three times before getting a title shot, which is what I have done. That’s the way I see it. My last opponent was Virgil Zwicker who was the toughest opponent I had faced and I handled him enough to prove my worth as a contender. I’m ready.”

So what does Vassell make of the man standing in front of his goals and aspirations? “He’s cool. I met him a few months ago when I was getting ready to fight Trevor Carlson at Bellator 114. We trained with each other for a day or two and then I haven’t seen him since. I don’t tend to study my opponents too much. I will watch a couple of his fights but everyone fights differently in each fight. My coaches will watch some footage and point some bits out which I may not spot but that’s about it really.” One thing Vassell will be watching out for though is the spinning back fist which has earned Newton two knockout wins. “Yeah haha I will certainly have to watch out for those!”

Although the fight will be the biggest fight in his career to date Vassell is a keen advocate of the old saying, if it’s not broke don’t fix it, and as such will not be doing anything more or less as he approaches his title challenge, both physically and mentally. “No for me it’s business as usual and there is no reason to change anything. I find you always learn something in training. I just train hard so I can fight easy. Im not too worried about the extra media requests and in fact I like doing all that stuff. I really enjoy the build up and hype leading to an event. So I certainly won’t have any extra nerves ahead of this fight.”

Joining Bellator late in 2013 Vassell fought for the promotion under former owner Bjorn Rebney for his first two fights and has since fought once with new boss Scott Coker. But when asked Vassell doesn’t see much of a difference in how things are run under the helm of Coker. “It’s the same for me really but we will see as time goes on. I have only fought once for Scott Coker but I haven’t noticed anything different.”

The main selling point for Vassell to join the promotion was the step up in competition for him from the UK scene, something which he has seamlessly transitioned to in his last three fights. And whilst his name alone may not be known at present Vassell sees Bellator as the perfect place to build his reputation. “For my career, joining Bellator has done wonders. I mean I have a World Title Fight after just three fights and stand the chance to become Light Heavyweight Champion.”

Unlike many of the other leading promotions aired within the UK, Bellator have always struggled to break into the UK market although it’s something which Vassell sees that they need to address, and in his eyes could see them bringing their product over to the UK for a live show. But firstly there are a few things they need to overcome. “I think that by this time next year Bellator could put on a UK card and sell it out. What they need to do though it sign some more big UK fighters which would help aid that show. They already have some good guys they could put on a card. But first to get themselves really well known they will need to get themselves known in the UK by getting back onto regular TV.” 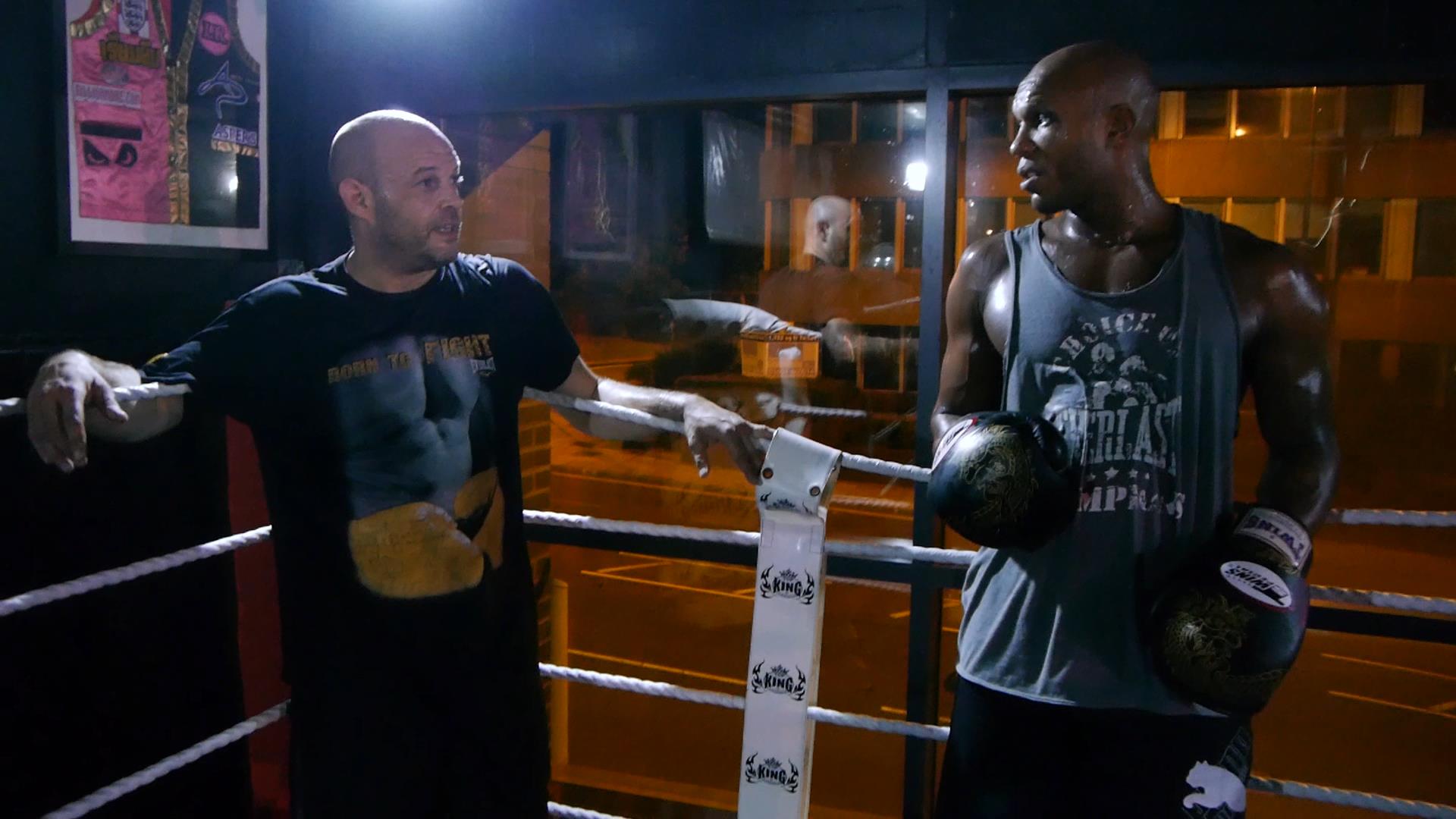 For Vassell, Bellator also need to steer clear of some of the more pro-wrestling angles which were recently used to boost interest in a fight between former UFC veterans Tito Ortiz and Stephan Bonnar. “I really don’t like that side of the sport. For me it takes away from the real fighters and puts a bad light on it. I don’t know the true ins and outs of what happened as I caught it on social media but its not good and I don’t like it.”

Whilst Vassell is a well known name on the UK MMA scene he has yet to make the same traction across the pond and going into this fight will not only be the underdog but as he has already found will also attract negative comments from the mainstream MMA media questioning the validity of his title shot. But its water off a ducks back for Vassell who is embracing the underdog status. “I don’t expect people to know who I am. I have been in the UK scene for most of my career and the three fights I have had with Bellator haven’t been on TV. But it’s the way I like it, I don’t want people to know about me. I like to fly under the radar and when it’s time for people to know me then they will. I can guarantee after this fight they will know me.”

It seems to me just in the passion in his voice that Vassell would love to fight back on the UK soil and whilst we may be waiting some time for Bellator to make a trip to the UK I asked Vassell what he would feel like fighting for a European promotion between Bellator fights similar to what Paul Daley has been doing. “You know if there was a deal with (for arguments sake) Bellator fighters to have a fight on BAMMA, as long as Bellator were happy then I would love to do that. I really would love to fight back in the UK. It’s my home, why wouldn’t you.”

In my eyes one thing the UKMMA scene was deprived of was the opportunity to get to see Jimi Manuwa and Linton Vassell fight. Manuwa was just moving on to bigger things with both BAMMA and later the UFC as Vassell was quickly becoming the new “Posterboy” for UCMMA. It’s certainly a fight which Vassell would take in a heartbeat. “It’s a fight that everyone would love to see. I always get asked about this one. The number 1 and number 2 Light Heavyweight’s in the UK. This is the fight game and I want to be the best so I would never not take a fight. I would definitely love to fight Jimi.”

While he has a 100% focus on 24th October and his title shot Vassell has many more aspirations ahead of becoming the Bellator Light Heavyweight Champion. “I want to be one of those faces that people know. When people talk about great fighters I want my name to be mentioned. Aswell as that I want to be a role model for the kids growing up and show them that if you work hard you can reap the rewards. Im living that right now. My first goal in the sport was to be a Champion which I done with UCMMA and the next step is to become World Champion. Which I will do at Bellator 130! Im bringing that title back to the UK.”

Linton would like to thank “My sponsors Impact LPA, RLD Renovations, Vassell Beauty, The Warehouse, Living Phat, Gordo Nutrition, OT Sports Therapy, Revgear and Success Team. All my friends, family team mates, mangement and fans and everyone who has supported me!”

“I will be the first Brit to win a major MMA Title. I will make history!”