KSW have now confirmed that the historic KSW 39: Colosseum event sold 57 766 tickets which officially makes it the second biggest event in MMA history, only behind the legendary Pride Shockwave event from 2002.

Saturday’s event held at the largest arena in Poland – PGE Narodowy in Warsaw broke many other records, many of which you can peruse below. 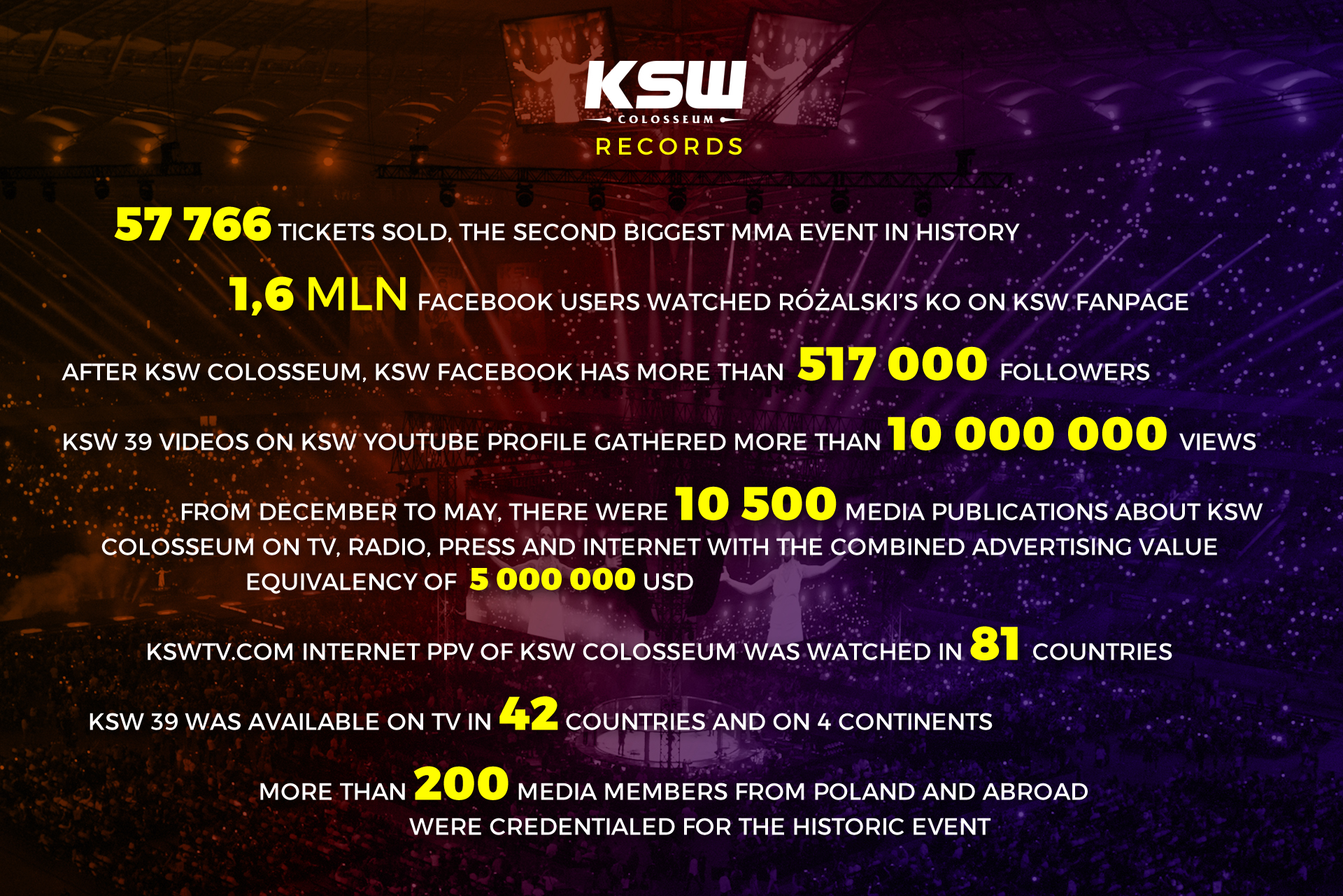