Long gone are the days that we had a UFC Light-Heavyweight champ who was literally fearless and would not just fight but happily fight anyone the UFC put infront of him. Yesterday I read an article on MMAFighting.com in which it was said that Jon Jones was trying to arrange his next few fights and what the UFC should do with other fighters in the division.

This brings me back to when Jones said no to fighting, late replacement, Chael Sonnen, a move that inevitably lead to the infamous UFC 151 card that never was. On that occasion it was somewhat understandable for the champ to reject the proposition, which upon accepting could have been a risky move for his title reign. But now he tries to tell the UFC what to do which other fighters!

How about you put your head down Jon and fight whoever and whenever the UFC tell you. You are the champ! Since when did that mean you get to become a primadonna within the MMA world and pick and choose who you fought and when you don’t fight.

Jones is undoubtedly an incredibly gifted fighter and I’d even go as far as saying probably the best skilled light-heavyweight ever! However, he is ruining his legacy by the way he carries himself whenever the UFC try and put dangerous title challengers in line for the belt. Rather than accept these challenges head on he tries and worm his way out of them, even though he would be going in as a favourite to any of these fights.

“Youth is wasted on the young” is something that springs to mind when I think of Jones, his time spent saying stuff like he only wants to ‘fight twice in one year’ etc and there is Chuck Liddell, a former champ that would give anything to be able to compete again. He may not hold the record for title defenses or have the stats that Jones possesses but he is the greatest champ the UFC ever had in the division.

I remember heading into 2007, Chuck had already avenged two of his losses in recent years by beating both Jeremy Horn and Randy Couture. He was already the champ and rather than rest on his laurels and sit back on his recent path of destruction of seven TKO/KO finishes in-a-row he wanted one thing and that was to fight ‘Rampage’ Jackson.

Rampage was the only loss that Chuck had not avenged. Do you think Jones in that situation, based on how has acted in recent years, would be looking for a rematch against a fighter who already beat him? I think not, especially being the champ already.

Maybe I am stuck in the past, I do say my favourite time in the UFC was from just before pre-Zuffa to around UFC 100. It seemed to have a different breed of fighters that came across as fearless. They have become more ‘athletes’ than ‘fighters’ in recent years, and maybe that is a good thing for the sport as it continues to grow, but I miss the times when they didn’t complain about money or tried to be matchmaker themselves, with the exception being Tito Ortiz of course who was doing all that before it was cool.

My advice to Jones; grow a set and be the champ!

*Edit- the above is only a matter of opinion and be taken with a grain of salt. In regards to advice to Jones, it is meant in the way that he has beaten the best time and time again that he should not be worried about who he fights. He himself has made this already fantastic legacy that it would be a shame if he tainted it rather than expand on it and become the best there ever was. 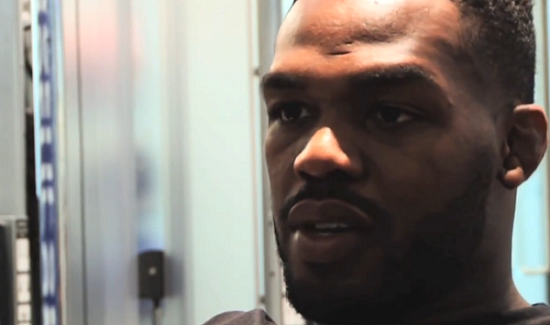