He vacated his title and retired recently citing that he needed a break from the sport but hasn’t seemed to have stayed out of the media limelight for long. Now as a little bit more time has been put between his decision to retire it is becoming more clear why GSP came to that decision.

Speaking to RDS.ca (translated by MMA Fighting) GSP had the following to say about drug testing and even as far as calling MMA a UFC ‘monopoly’;

“The only thing I want to say is, I wanted to do something to help those who are honest in the sport. Believe me or not, I never took drugs in my life. I’ll take a lie detector test, I don’t care. I’m for anti-doping tests. I think it’s a big problem in the sport.

“This is a relatively new sport. There’s one organization that has a monopoly, so the fighters don’t have much power. They can’t really talk because if one says what he thinks, he will get punished. If we want the sport to be accepted worldwide, like baseball, hockey, football, soccer, I believe [drug testing] is the thing to do. I think it’s just a matter of time before it happens, it’s just that I tried to make it happen now. Maybe they didn’t like the idea because if I did it now, it would lead to others doing it and maybe that’s not something they wanted to happen.

“It disappointed me. You know that there are things I can’t say. I’m holding back. I’m a public person.”

Alan’s Angle: Strong words from the former-champ. The UFC will not be happy with these sort of comments from one of it’s most successful and well-respected athletes. It will be interesting to see where the relationship goes from here as it is inevitable that GSP will return to the sport of MMA.

The point about fighters being in fear of speaking out is a very interesting topic and one that should be discussed more openly. 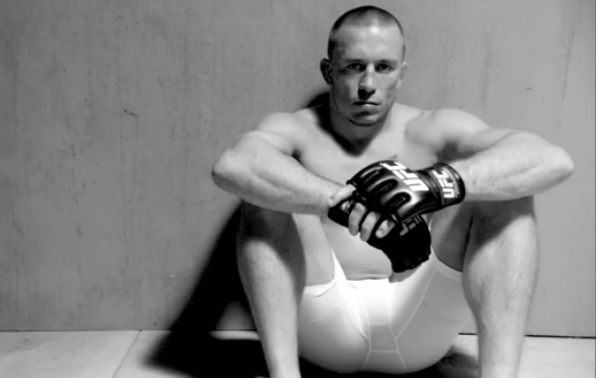