It has now been made clear why Cage Warriors Fighting Championship has been so quiet since their last card in November 2014, CEO Graham Boylan today announced his departure from the promotion. Boylan broke the news with Irish media outlet The 42 (www.the42.ie). The Irishman had served as CEO since 2010 and has been instrumental in building the brand from two cardboard boxes and a website into one of the largest European promotions today. 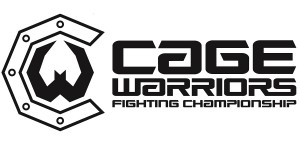 So with the shock announcement still sinking in it’s now time to look forward into the near future for Cage Warriors and see what names out there stand a chance at replacing Boylan and driving Cage Warriors forward in 2015 and beyond.

So in no particular order here are five names that I feel stand a good chance of replacing Graham Boylan at Cage Warriors;

Ferguson was CEO of Cage Contender and is well placed to take the helm from fellow Irishman and sometimes bitter rival Graham Boylan. Whilst Cage Contender came to an abrupt end in 2014 much can be said about Ferguson’s credentials at running the promotion. The only concern would be the European footprint which Cage Warriors currently has and seeing how Ferguson would be able to build upon and expand that, but for me his name is highly regarded in the European MMA scene which makes him an ideal candidate.

Jude is the heartbeat of BAMMA and although he brands himself as “matchmaker” is much more involved in the running of their product. Jude is very well respected within the UKMMA community and would be an ideal fit for Cage Warriors, although his loyalty to BAMMA may ultimately prevent him moving across. For me Jude gets the bigger picture in helping promotions grow and would be my pick of candidates.

Andy Ryan is head coach of Team Ryano the home to UFC stars Neil Seery and Paul Redmond but the Irish native used to look after Irish show Battlezone so would be no stranger to running a promotion. Ryan’s Battlezone shows were smaller shows but very well attended. Obviously the question would be if he was to be able to fully commit to the promotion given his coaching constraints but if he was able to commit fully to Cage Warriors there is no doubt he would be a success.

Mooney was CEO of Cage Wars which in its heyday homed talent such as Rich Clementi and Jeremy Horn. Cage Wars was famous for putting on extravagant cards with some superb production values, however, as always these come at a very high price. Mooney certainly has high aspirations and if he were to come across to Cage Warriors would certainly have a huge platform to work with and with an existing talent pool would certainly not need to pump too much cash into bringing across “big names” to fill shows.

Ok hear me out here! Dave has been promoting MMA shows for years and is one of the most well-known faces within the UKMMA scene. It may seem farfetched given Dave’s heart sits with his beloved UCMMA but if the rumours are true and he did make the rumoured £2m from the fight pass deal, not only does he bring experience to the table but also could offer some financial support to Cage Warriors. Probably the least likely out of the list but you never know in MMA.

As always open to feedback/comments/suggestion on our facebook page facebook.com/whoatv