38-year-old Fallon Fox (5-1) is one of the most controversial fighters in MMA. As many now know, she began life as man but obtained a sex change in 2006. A few years later she then this she pursued a career in mixed martial arts. Sounds like a movie right?

After two fights Fox then publicly revealed her past as a man, but at that point she had two first round knockout wins to her name. This caused a stir in the world of MMA that had the likes of Dana White and Joe Rogan talking about her. Fox’s case is very peculiar and is such a grey area that it continues to divide opinions across the world as to whether she should be allowed compete in MMA against women or not.

That debate once again flared up at the weekend after Fox, allegedly, sent her opponent, Tamikka Brents, to hospital to receive treatment for a concussion, a broken orbital bone and get 7 staples in her head. The fight, which lasted 3 minutes, took place at local MMA promotion Capital City Cage Wars. You can see the fight video here.

Tamikka Brents is a 2-2 fighter and had a very impressive amateur career. Several journalists and fans have labelled her as “strong and powerful” and a “dangerous striker”, an opponent that could possibly provide an equal test for Fox. But that was not to be the case. Despite her own power Brents felt helpless for the first time in her career.

“I’ve fought a lot of women and have never felt the strength that I felt in a fight as I did that night. I can’t answer whether it’s because she was born a man or not because I’m not a doctor. I can only say, I’ve never felt so overpowered ever in my life and I am an abnormally strong female in my own right,” she stated. “Her grip was different, I could usually move around in the clinch against other females but couldn’t move at all in Fox’s clinch.”

Many people would be wondering ‘why take the fight in the first place?’ Well it was as simple as Brents wanting to fight at home for the first time in years and a last resort option after her original opponent had pulled out.

“I was first slated to fight Allana Jones. A couple of weeks later she pulled out of the fight and Fox said she would do it. I haven’t fought at home in almost 3 years and she was basically the last resort if I wanted to fight at home and everyone knows I am down to fight whoever is put in front of me.”

Everyone has an opinion as to whether Fox should be allowed continue to fight women in MMA contests. Very few of us know for sure whether she has such an advantage or not or whether her claims of actual disadvantages due low testosterone and a regular cocktail of hormones are true or not. But one person is convinced that Fox should not be allowed fight women anymore.

“I still disagree with Fox fighting,” Brents stated. “Any other job or career I say have a go at it, but when it comes to a combat sport I think it just isn’t fair. At least not until we have more scientific proof that it is or isn’t fair. More research is needed for sure. Like I said, I am not a doctor, I can only say my opinion and I don’t believe that she should be allowed to fight other women. If it were strictly BJJ or wrestling or something like that sure, but MMA is a completely different sport.”

The debate shall rage on until a governing body steps in and makes a ruling on the issue. Let us know your thoughts on the #WHOATV Facebook Page. 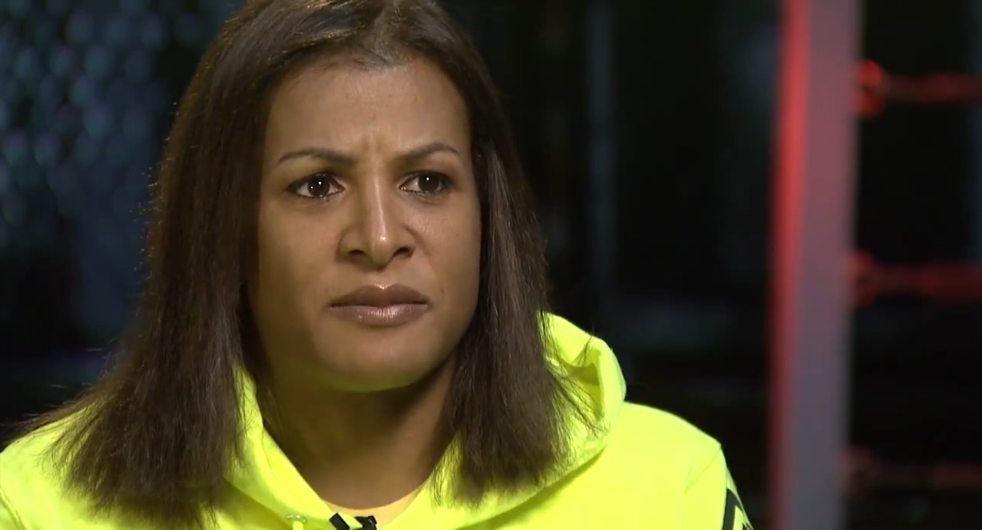