They might be from the same country, and even the same town, but earlier tonight Conor McGregor and WWE’s Sheamus exchanged some heated words on twitter.

The UFC star was talking to Sports Illustrated and when asked he said he would ‘whoop’ WWE star Sheamus in a real fight. Following this media company asked its Twitter followers their opinion and the drama ensued. See the series of tweets between the pair below: 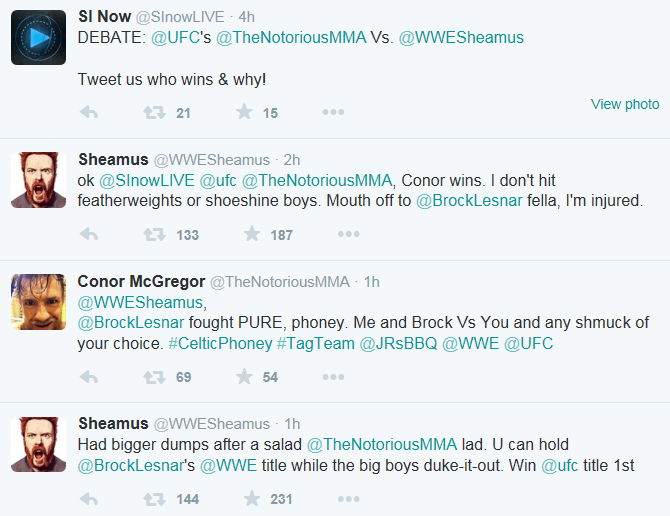 You can view what the two will say to each other next on Twitter.