It has been just over 6 months since we saw that fantastic Ben Rothwell shuffle, you know, the one he did right after he TKO’d Alistair Overeem in the first round at UFC Fight Night 50.

He is a fighter who is often overlooked in the heavyweight division. This is perhaps due to the fact that he was competed just seven times in the past five years since joining the UFC and posted an underwhelming record of 4-3 in that time.

But the 33-year-old slugger is looking to change all that in 2015 and has laid out his three-fight-plan to get to the title. He told the following to MMAJunkie.com about his plan and who he would like to fight.

“I said Junior Dos Santos would be great. Stipe (Miocic), especially after those two warred – and Stipe is a guy that’s on the top-10 that’s on a loss that I wouldn’t mind fighting because he is still ranked high. Andrei Arlovski, because he’s off of a win, he got bumped up ahead of me. All three guys are ranked ahead of me.

“I can’t control who I’m going to fight, but I did ask. I said, ‘Please, I just want to fight somebody in the top-10 that’s ranked ahead of me.’ That’s who I’d like to fight.”

He is currently on a two-fight-win-streak, the first of his UFC career, after finishing Brandon Vera and Alistair Overeem in his past two fight and Rothwell believes that a win in his next two fights gives him some power to start asking for a possible title shot.

Alan’s Angle: I like Ben Rothwell, he can be matched against anyone in the heavyweight division and I’ll be interested. What he is saying is very reasonable too. That division is very thin at the moment that maybe he could get a title shot if he beats the likes of Miocic, JDS and Arlovski in his next couple of fights. He is just 33-years-old so, in heavyweight terms, time is on his side. 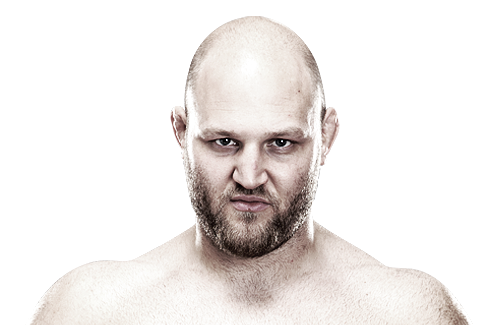