February 28th will kick-off an action packed season 10 schedule for Bellator. The American based promotion today announced that a four-man light-heavyweight tournament will be the main focus of Bellator 110 next month.

The tournament will feature Quinton ‘Rampage’ Jackson (33-11) vs. Christian M’Pumbu (18-5-1) and Muhammed ‘King Mo’ Lawal (11-3) vs. Mikhail Zayats (22-7). The opening round of a new featherweight tournament will also feature on the card.

Bellator 111 will take place on March 7th and will feature a bantamweight title fight between champ Eduardo Dantas (15-3) and dangerous Brazilian fighter Rafael Silva (21-3) who is unbeaten in 13 fights. The card will also feature the opening round of this season’s eight-man heavyweight tourney. Notable participants include former UFC & Strikeforce fighter Lavar Johnson (17-8) and the undefeated Bulgarian Blagoi Ivanov (9-0).

A week later on March 14 we will witness the highly anticipated rubber match between Daniel Straus(22-4) and Pat Curran (19-5). The two first locked horns in 2009 when Curren walked away with the TKO win. Last November it was Straus who his back when he captured the featherweight title from Curren in a five round war. Also on the card is the always controversial War Machine (14-5), he takes on Nah-Shon Burrell (11-3), and Joe Riggs (40-14) who faces Sam Oropeza (10-2).

Bellator 113 on March 21st will see a title unification bout between Attila Vegh (29-4-2) and Emanuel Newton (22-7-1). Vegh defeated Christian M’Pumbu last February to win the title but injury forced him out the past year. In the meantime Newton won the interim title in November with an upset win over ‘King Mo’.

Alexander Shlemenko (49-7) will defend his middleweight title against Brennan Ward (9-1) at Bellator 114 on March 28th. The Russian Shlemenko has proved himself as one of the best and most exciting middleweights in the world over the years with 29 TKO/KO victories to his name. On the flip side Ward is an incredible up and coming talent who will not fear Shlemenko’s striking power.

Finally, Bellator 115 will see Cheick Kongo (20-9-2) continue his pursuit for gold as his takes on Bellator heavyweight champ Vitaly Minakov (13-0). Kongo is undefeated in Bellator going 2-0 since making his promotional debut just last October as he went on to win the season 9 heavyweight tourney. Minakov, a world champion Sambo fighter, has looked unstoppable since making his debut in 2010 and has recorded 8 TKO/KO wins. 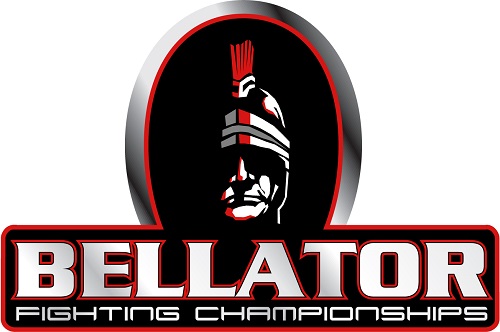