BAMMA have recently bolstered their ever increasing Featherweight division with the signing of Ashleigh “Cruiser” Grimshaw. Team Titan fighter Grimshaw has signed a five fight deal with the organisation and will be making his return to the BAMMA cage at their Fight Night show which goes down on June 7th at the 02 Guildhall in Southampton. Grimshaw is due to take on Dragan Pesic who is a far less experienced opponent but Grimshaw is fully focused for the task at hand. “Every fight has pressure no matter who the opponent is. Losing can never be an option.”

Grimshaw last graced the BAMMA cage at BAMMA 3 back in May 2010 but was swayed back by them having recently due to their expanding presence and his previous experience with the promotion. “BAMMA is a well run and prestigious show, it’s all you can ask of a promotion really. So it was easy for me to sign with them.” He laughed away the time it has taken for him to return to the organisation, “I know right. It’s like they didn’t want to bring me back.”

Grimshaw is a big Featherweight and so weight cutting is usually at the forefront of his mind in the run up to the fight. “I’m like right now as of this morning 7kg (16lbs) off of fight weight.” Experience and a great team around him has made him re-evaluate the way he approaches weight cuts. “I have stopped doing those ridiculous cuts of 8-10kg of water weight as I found it was hampering performance and made me sluggish in the fight. As Brad Pickett says – The king of the jungle is not the elephant.” In what is one of the toughest aspects for a martial artist the weight cut is currently high on the agenda but Grimshaw seems in complete control and feels that “By the time fight week comes I will have like 4kg (8lbs) to cut maximum, so nice and easy.” Luckily for Grimshaw he was already in training when BAMMA announced the fight. “I was getting ready for the British Open” which was good for his weight and only meant changing a few aspects of training. “I had to keep my weight low for that (The British Open) and all I did was add a few things and alter the camp towards an MMA fight, so basically getting punched in the face a bit more”.

The last time Grimshaw fought was out in India last September for the Super Fight League promotion and he was successful in stopping his opponent by KO in just two minutes and twenty two seconds of the first round. The fight gained Grimshaw some great international exposure and it was great overall experience for him. “SFL was amazing, they treated you so well and catered for your every need. If I wanted/needed anything all I had to do was ask and they sorted that out for me.” A slight difference to the nitty gritty of fighting on the UK scene but in terms of pre fight preparation Grimshaw saw no real difference. “Fighting abroad or at home makes no difference to me. It’s a job. Im just doing it in a different location.” 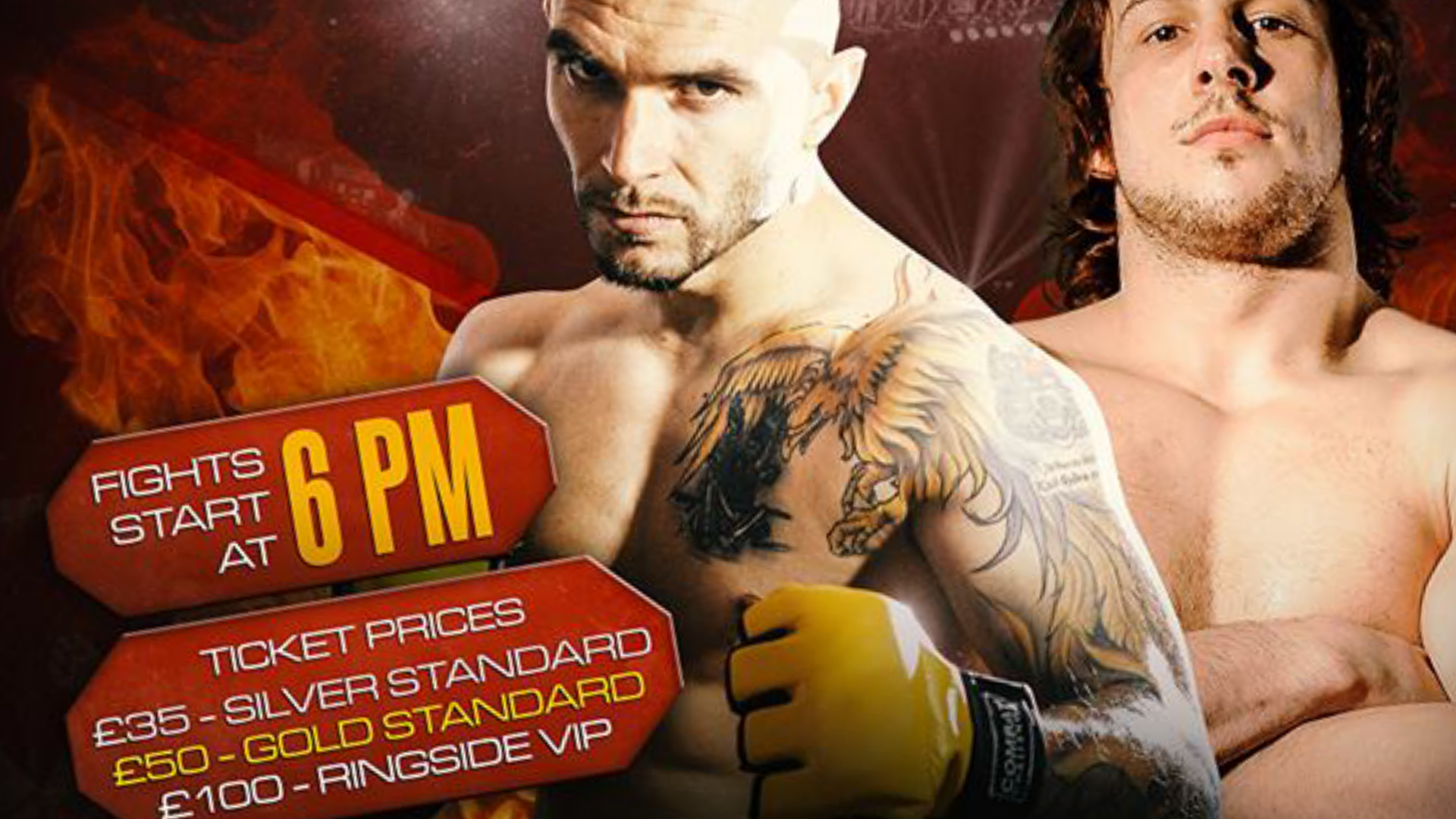 Always evolving and growing as a mixed martial artist Grimshaw has been lucky enough to see the sport grow and expand since his first professional fight back in 2003 but still thinks there is a lot to be done to really make MMA a mainstream sport. “Unfortunately the sport still has the kind of stereotypical fan base at shows shouting “Stand Em Up, Punch Him In the Face.” Largely this is due to a lack of understanding and until we can educate the casual fans as to what the sport really is then I can’t really see it being a mainstream sport over here for a long time.”

A record of 15-8-1 could certainly raise some eyebrows but Grimshaw has a resume packed with top UK talent. Paul McVeigh, Ronnie Mann (twice) and Phil Harris all took place within his first ten professional bouts. “I mean Paul McVeigh for my first fight? Who wants that?” And while he started with an uphill struggle “they were really tough fights, I probably didn’t need to have so early on” being fed to the lions wasn’t all that bad. “It’s kind of a double edged sword really. I gained such great experience fighting such high level guys. Experience that you can’t learn through training.”

Grimshaw was quick to set out his aspirations when signing again with BAMMA “The real Featherweight Champ is here.” but may need to wait a little while until he can get his chance. “I have not been given a guaranteed title shot. Like with all promotions you have to prove your worth.” Having spotted Grimshaw at BAMMA 15 it was clear that he was paying particular interested to the Featherweight title fight which saw Tom Duquesnoy crowned champion. “Haha yeah I was watching, it’s the natural thing to do. He has the belt and im going to take it from him.”

And while short term aspirations for The Cruiser include winning the BAMMA Featherweight title his long term goals in the sport are geared to mirror his Titan teammate Brad “One Punch” Pickett. “Success for me is making it to the premier league of MMA. Walking down the walkway to the UFC Octagon and having Bruce Buffer announce me in the Octagon.”