A few days after his dad revealed on national radio that his son paid his mortgage and bought his whole family brand new BMW’s, Conor McGregor is now giving money to those who are less fortunate.

In a series of events around Ireland where McGregor and his teammates from SBG will be doing QnA’s & meet and greets the UFC interim champ revealed that proceeds will be going to two charities battling the homeless crisis in Ireland. 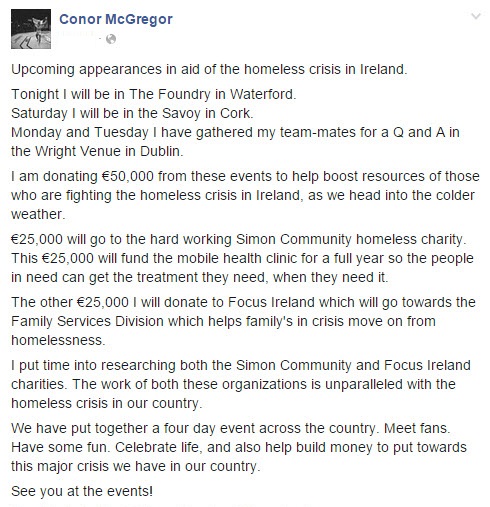