Ok let’s cut to the chase, anyone familiar with The Expendables franchise will know that firstly this will win no oscars, secondly you enter the movie theatre having left your expectations and rational thinking at the popcorn kiosk and finally dialogue will be disposable and used to fill the void between one action scene and the next and as each of the poster-boys enter and exit each scene.

The Expendables 3 follows in the same vein as the previous two films in which the cast is ram packed solid with nearly all of your favourite actors from yesteryear. They are ageing, some a little bit more ungracefully than others, just like the franchise itself. It’s a by the numbers checklist of  themes we’ve seen before and offers nothing new whatsoever. Ok, let me pause there because it does offer appearances from new notables Ford, Gibson, Banderas Snipes, Rousey and Ortiz but the addition of these adds nothing as their performances are phoned in the cumulative result of  which is a vacuous excuse to wring extra shekels from the public. 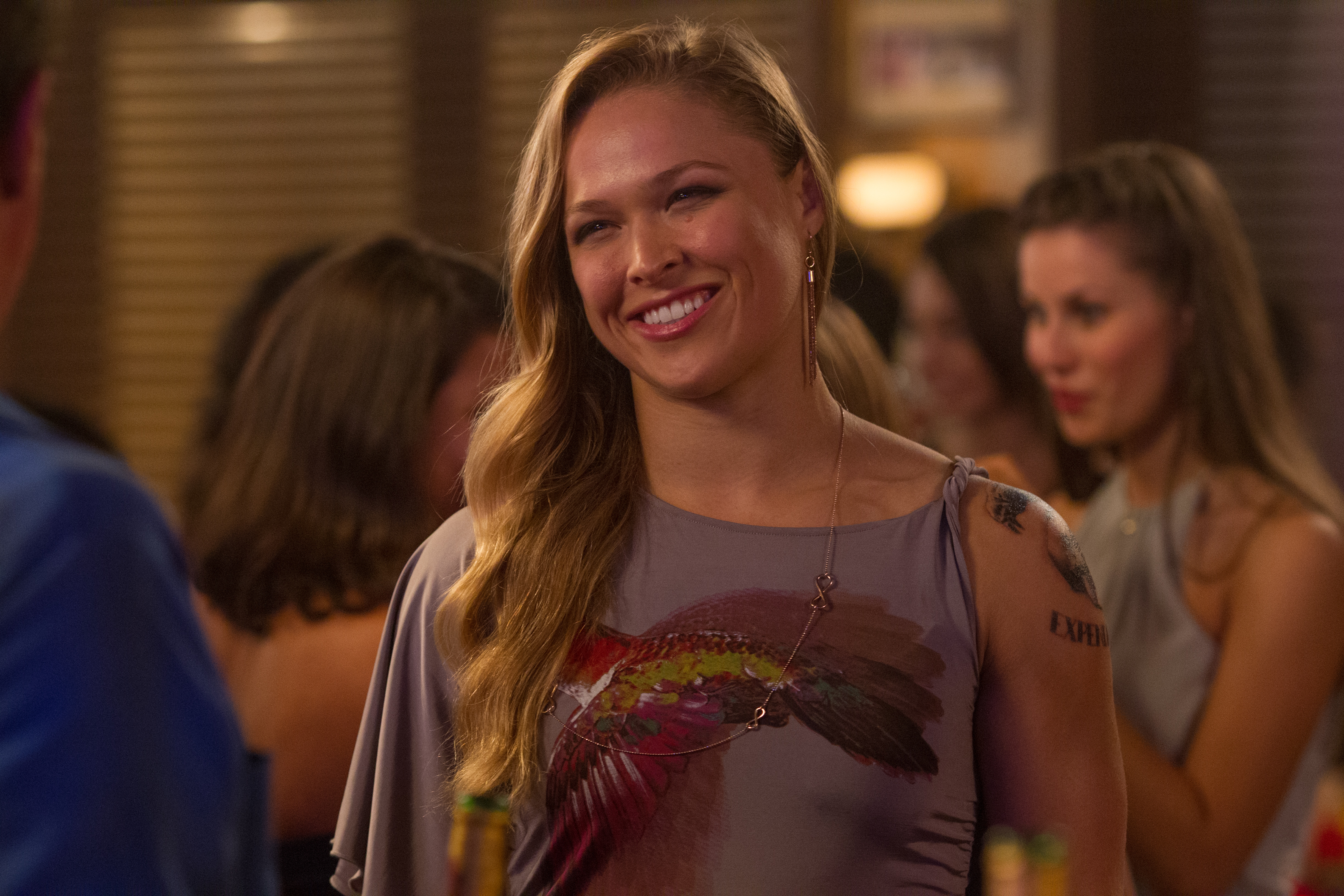 The plot  sees Barney (Stallone),Christmas (Statham) and the rest of the team trying to take down Conrad Stonebanks (Gibson), who we discover is the co-founder of The Expendables. Stonebanks subsequently became a ruthless arms trader and someone who Barney was forced to kill or so he thought. Stallone not wishing to endanger his more experienced crew seeks out a motley gang of younger seemingly deadlier mercenaries, Ronda Rousey being among them, to help him track down Stonebanks.

The aforementioned Rousey being part of the new breed of Expendables was admittedly a master stroke of casting which, had her acting matched the fight sequences she delivered, I think I would be looking forward to her next acting gig with a bit more gusto. On balance though for an acting debut, considering the poor script she had to work with and the lack of screen time, she managed to turn in a decent enough performance which will probably set her up for a few roles in a similar vein, namely wisecracking strong badass who’d knock your teeth out within 16 seconds of meeting you.

The Expendables 3 is standard popcorn fare.  It’s baggy, loud, brash, over the top, low on engaging thrills and if incessant gunfire is your bag then this movie has you covered there too. There is no clever subtext here though, nor would you want it, and there is no definative closure unfortunately. All of this  leads me to believe that yet another outing from this gothic monstrosity that amounts to a variation on this theme or even a spin off franchise could be in the offing. God help us all.