And the insults hurled towards ‘Cyborg’ continue. Last week Ronda Rousey came out and called her and ‘it’, along with other things, and when Dana White was questioned about Rousey’s comments he seemed to have no problem with what the UFC champ said.

“What Ronda is saying is that she is taking so many drugs that she is probably not a woman anymore”, Dana said in response to a journalist’s claims that GLAD (Gay & Lesbian Advocates & Defenders) should be called on the matter before called him a “moron”.

“This is the fight business, people say mean things about each other ya know… Is it not true? Has she not taken? She took got busted for windstrol, the same drug Ben Johnson took and many other athletes took do to what..? To cheat!” he added.

All that was before adding the following statement (which was the reason you clicked to read in the first place): “When I saw her at the MMA Awards she looked like Wanderlei Silva in a dress and heels. And she did! Did she not!?! Who wants to dispute that she didn’t look like Wanderlei??”

Dana then stood up and done an impression of her walking up stairs saying: “she was like this walking up the stairs jacked up on steroids beyond belief and looked like Wanderlei Silva in a dress and heels.”

Alan’s Angle: I really don’t know what to say here. Those type of comments should be kept to yourself. Rousey’s comments I have no bother with, she is a fighter who has a verbal rivalry with Cyborg but Dana White is the face of the UFC… Could you imagine if one of the executive or producers of a studio in Hollywood came out and said “this actress looks like a man” and then doing an impression of her walking like a man. 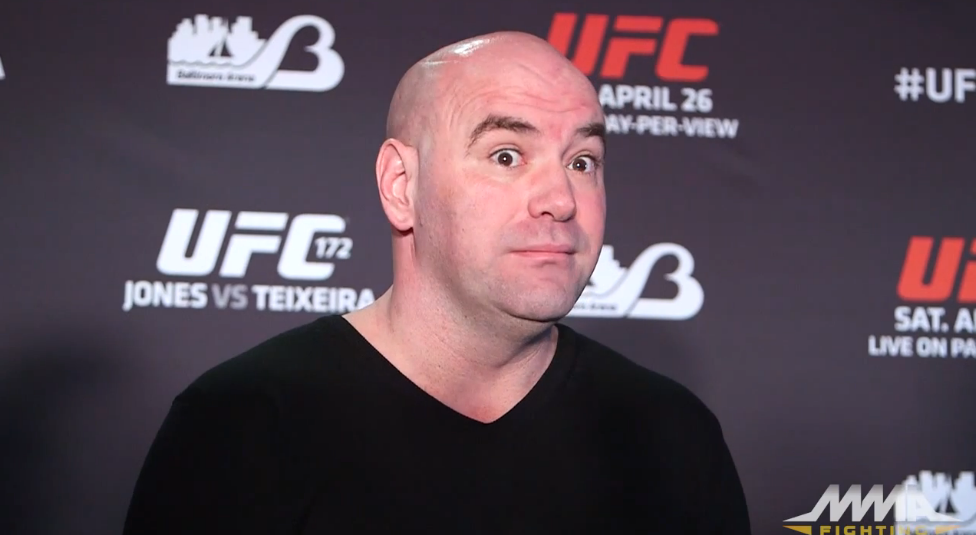