Irish superstar Conor McGregor can add Bud Light to his ever growing list of sponsors. Recently he had signed a deal with Reebok and now one of the other major UFC sponsors is on board with ‘The Notorious’ one. 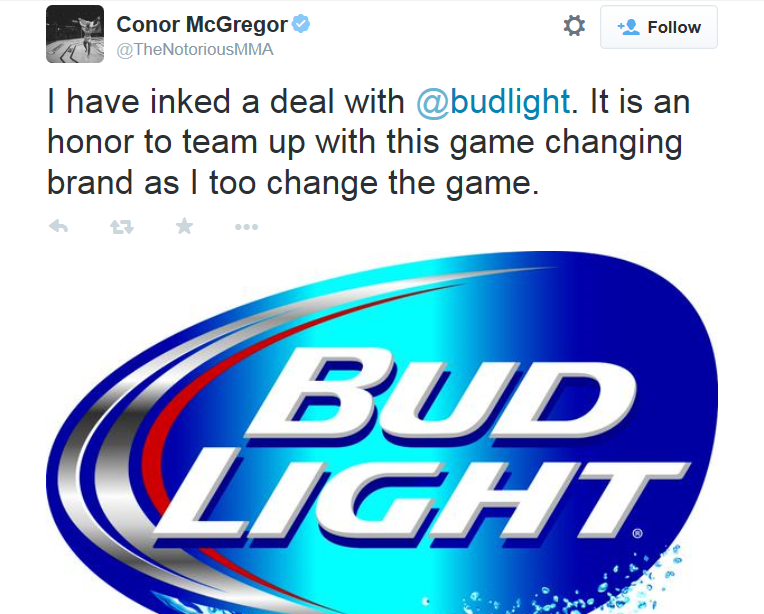