In a bizarre and unexpected move retired fighter Chael Sonnen has went after Conor McGregor via twitter last night. ‘The Bad Guy’ slagged off McGregor’s suites, wearing sun glasses indoors and even suggested that the Irishman has copied him in terms of gaining attention and success. 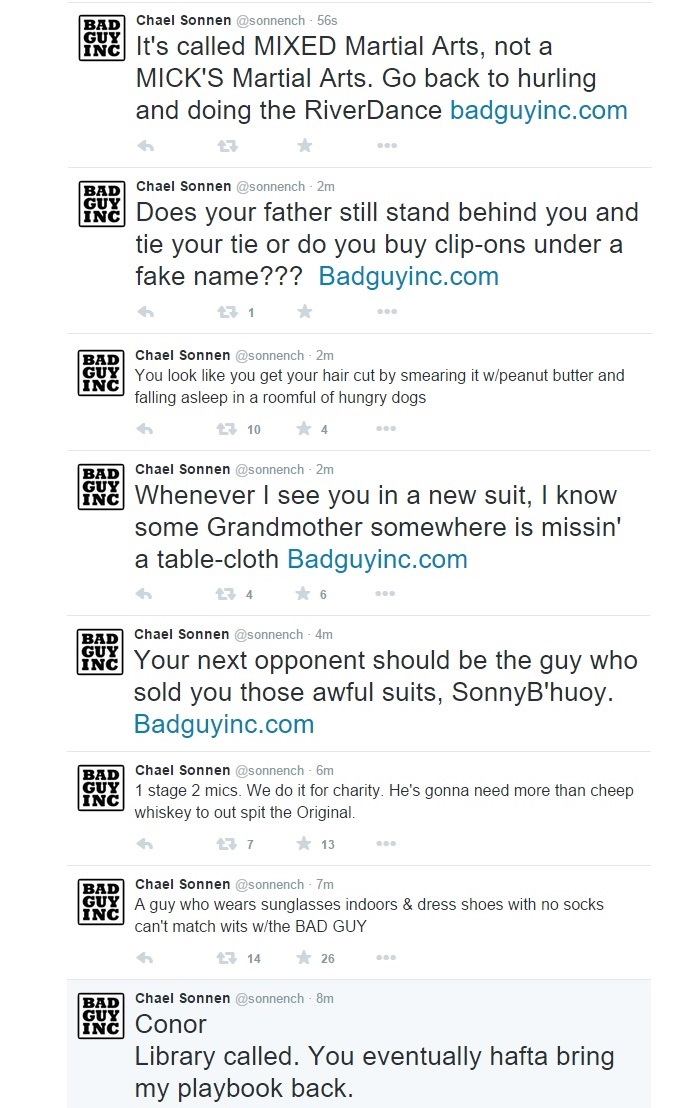 Alan’s Angle: There has always been this sort of friendly rivalry between Sonnen and McGregor. I was there the first time they were on stage together in Manchester and the two had little digs for one another. My guess here is that Sonnen is looking for some cheap publicity as he links his website throughout the tweets.