Former UFC middleweight champ Anderson Silva is aiming to represent Brazil at the 2016 Olympics in the sport of taekwondo according to MMAJunkie.com.

Currently in a battle with the Nevada State Athletic Commission over multiple allegations of PED use that could result in a suspension’s and fines and possibly the overturning of his win against Nick Diaz at UFC 183 earlier this year.

The following is a statement released by Anderson Silva via the Brazilian Taekwondo Federation, which looks after the country’s Olympic team.

“Everyone knows that for a high performance athlete, the Olympic games are the dream of every athlete, and so it would be no different with me. When I won the title of ambassador of the sport by president Carlos Fernandes, this feeling started to get even stronger and, in my country, the Olympic spirit made me very motivated.

“It will be a great pleasure to be part of this team and that gold has a serious institution, led by president Carlos Fernandes, along with his entire team. So I leave here registered my desire to represent Taekwondo and Brazil in Rio 2016 Olympic Games with all my esteem, strength and honor.” – translated by MMAJunkie via Google Translator.

According to MMA Junkie, Silva was appointed ambassador to the federation just prior to his rematch with Chael Sonnen in 2012.

Silva has denied the use of any banned substances and said that he would fight the NSAC’s findings. Recently he was granted more time to gather a defense to the commission’s complaints and it is said that he will have a formal hearing next month. 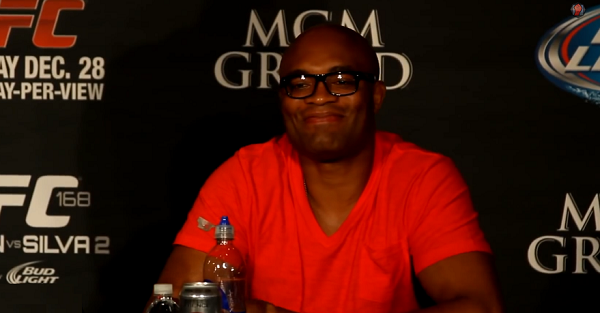